While transporting my R3T in a moving truck, the kickstand was left down without my knowledge when it was strapped in. At the first stop, I checked to make sure the straps were still tight and discovered the kickstand was down. I reset the straps with the stand up. However, when it came out of the truck, it appeared the kickstand bracket had broken and the bike was leaning way over. Tonight I was going to replace the bracket and discovered it was not the bracket that was broken, but where the bolts attach to the crankcase that had broken. Pictures below. 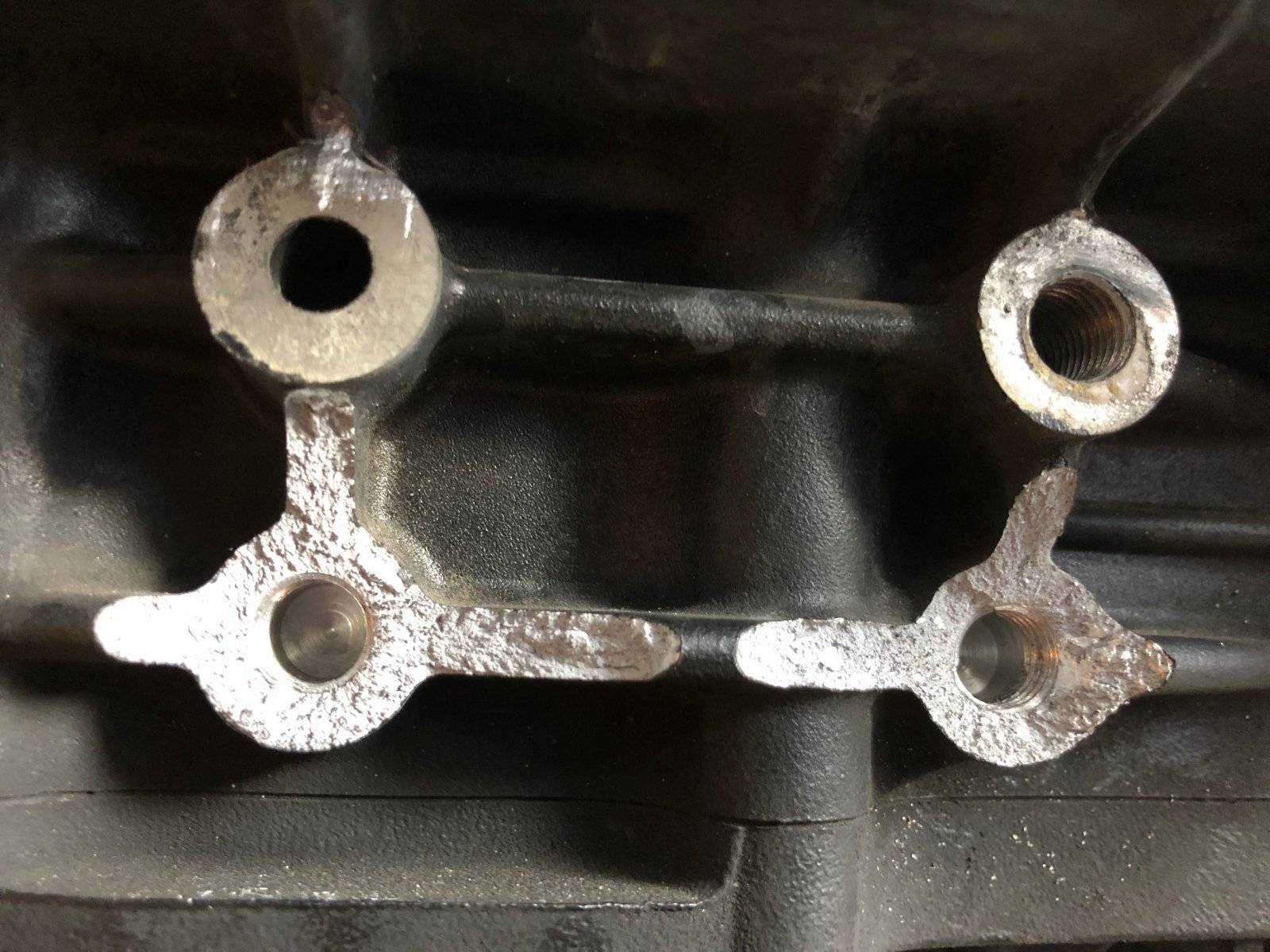 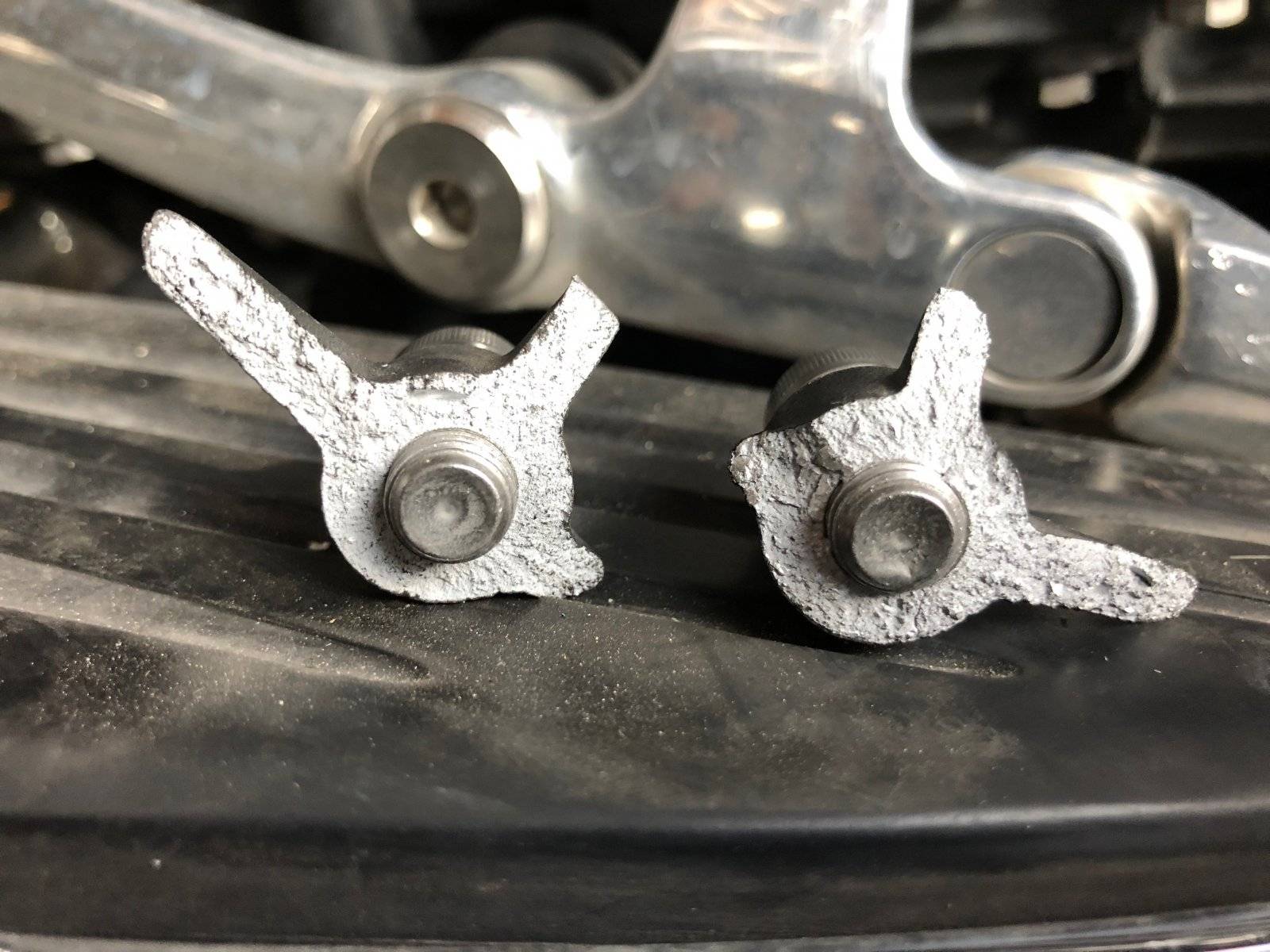 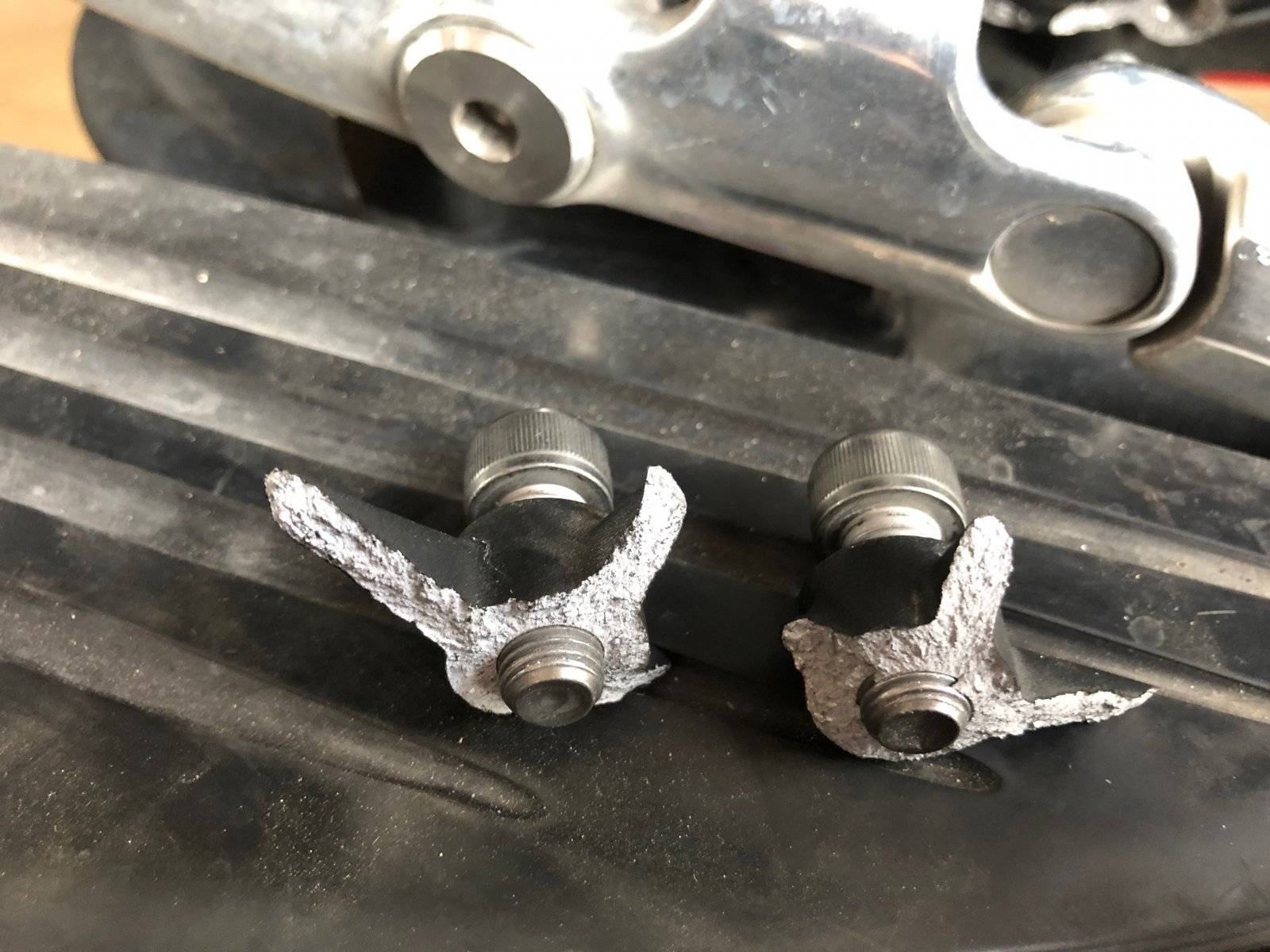 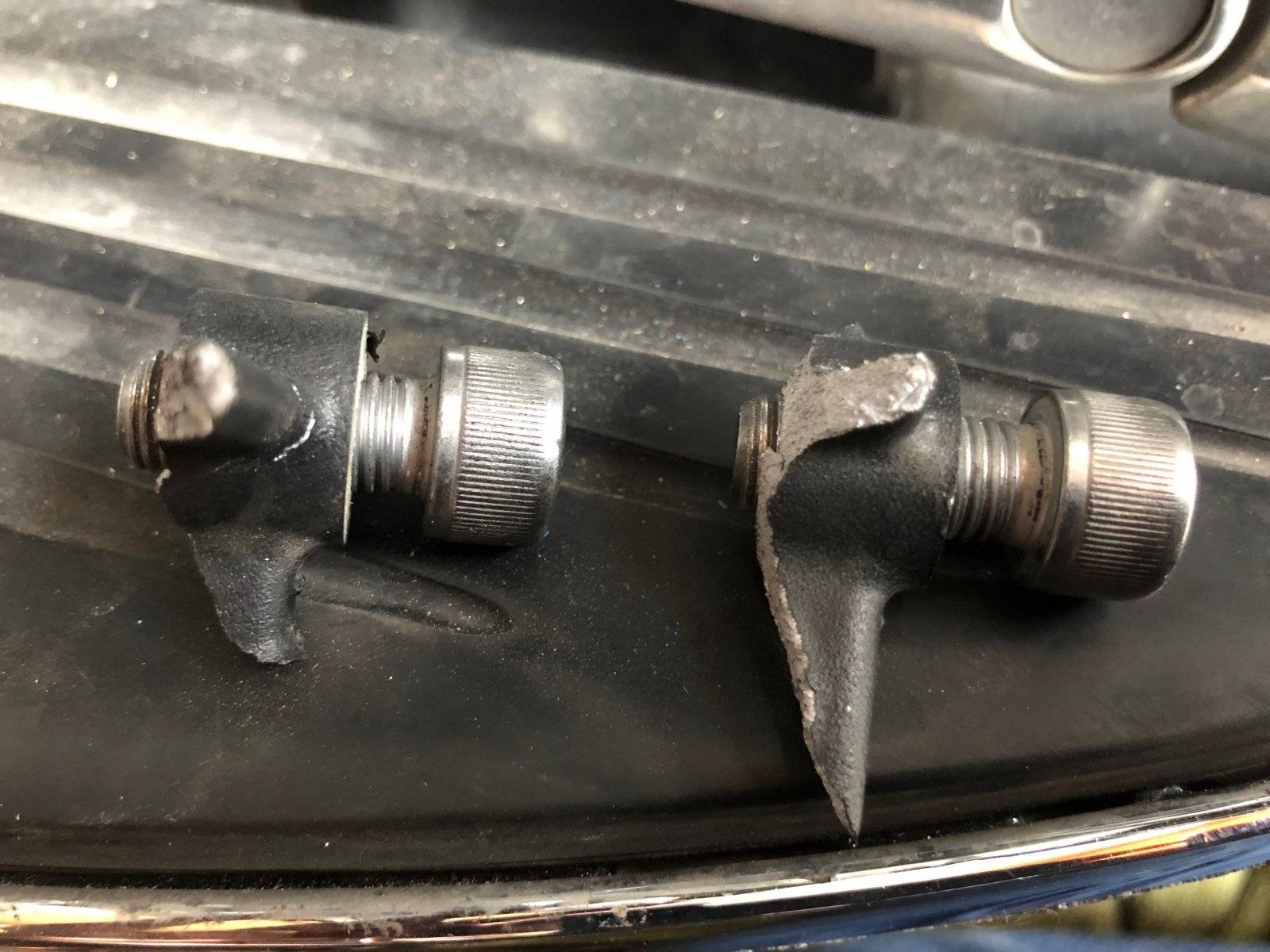 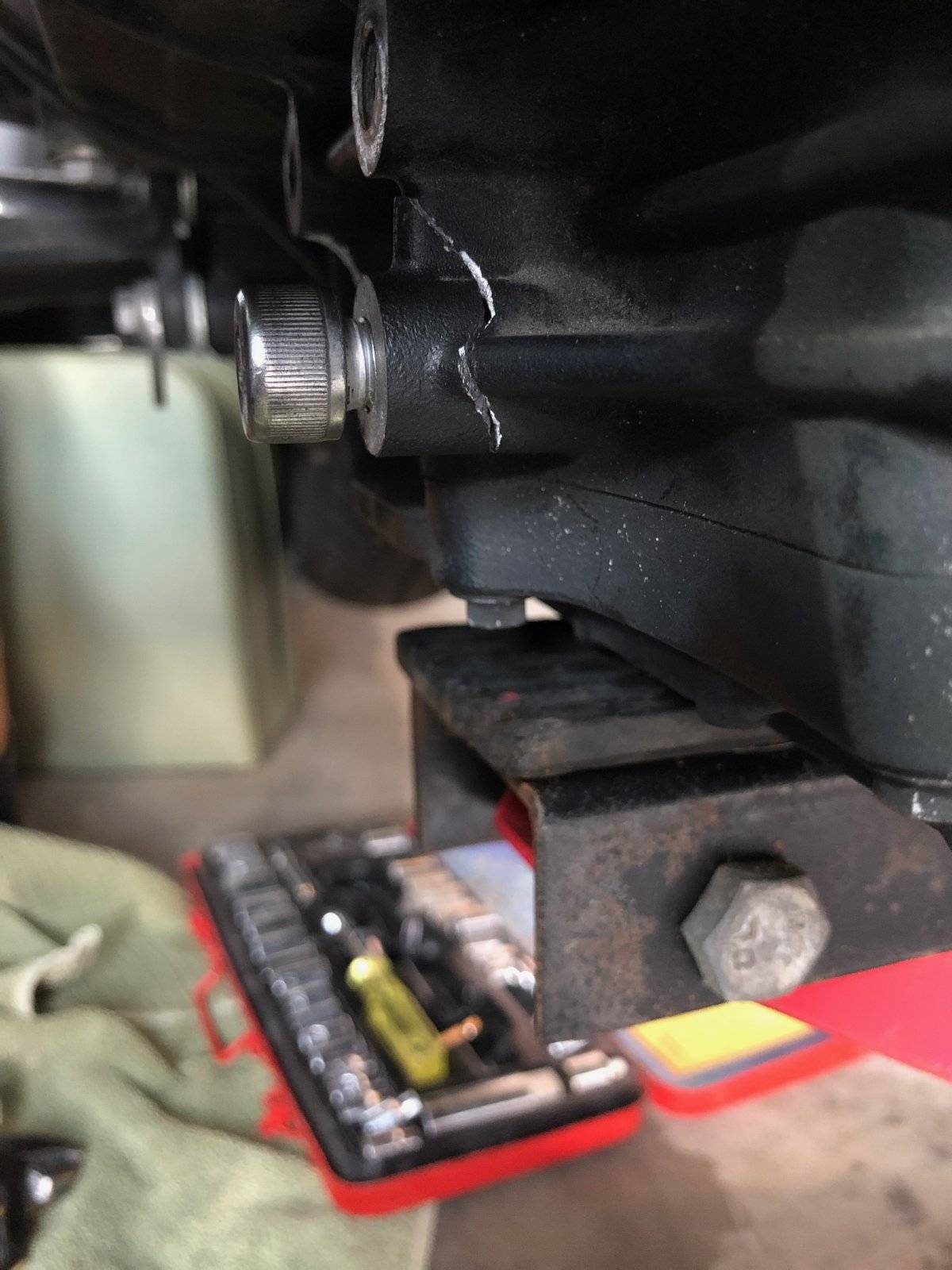 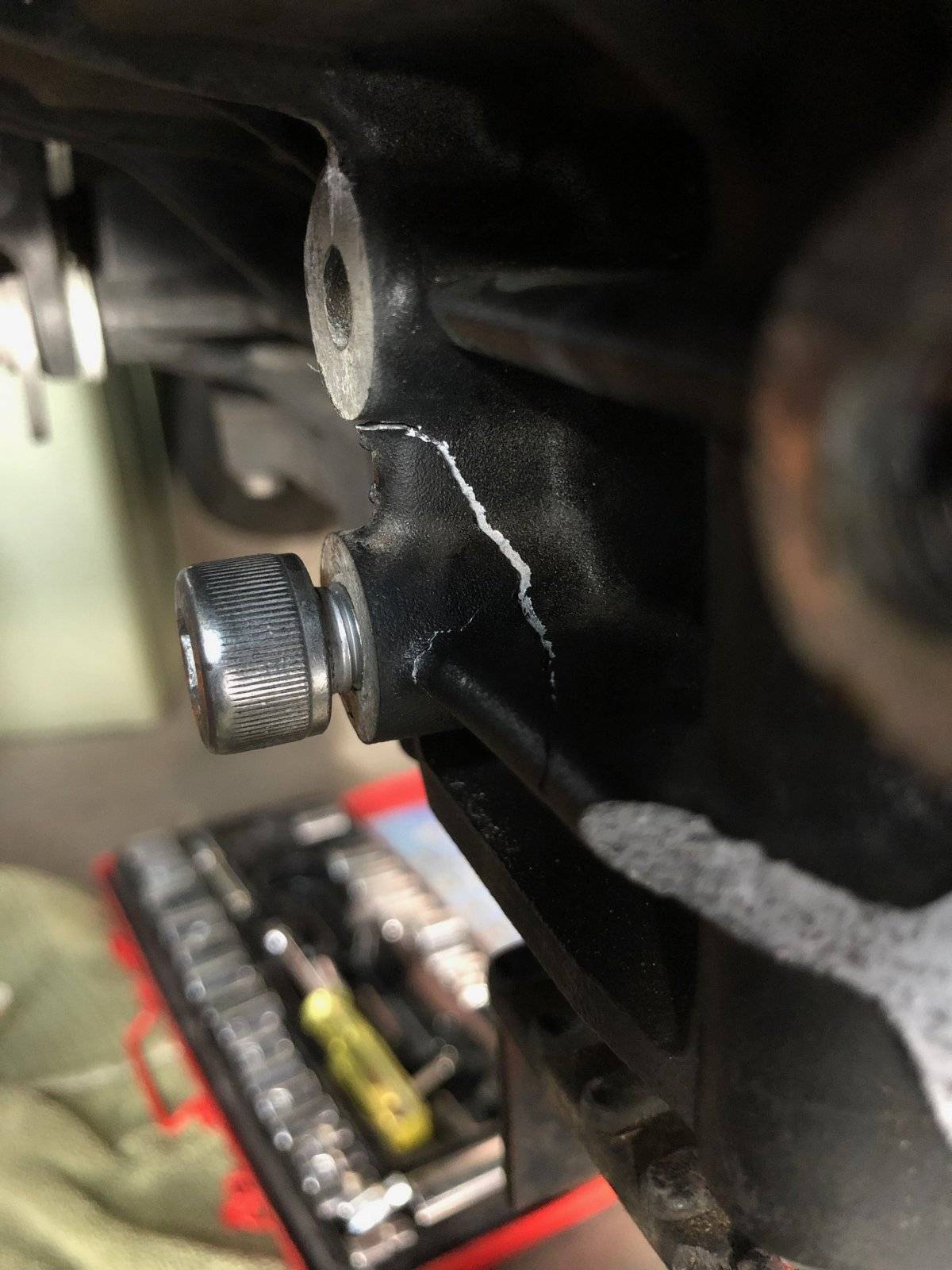 The last two pictures show each piece held in place by the bolt.

What do you more knowledgable members think? Any other suggestions?
Last edited by a moderator: Jul 13, 2019

JB welds pretty good stuff, I don't see why it wouldn't work. If it were me I'd probably get it to set without the bolts and just run a tap through after it hardens. The teflon may work though. Doesn't hurt to try.

OK - I would look for an Ali-welder. I seriously doubt epoxy is going to hold that WELL.

Then retap and maybe even fit inserts.

And when it comes to refiting - DO NOT USE BOLTS. Find a stud and run it all the way down the thread. Use nuts to than pull the bracket against the engine.

barbagris said:
OK - I would look for an Ali-welder.
Click to expand...

Good luck, and let us know how it works.

That's a bummer of a birthmark Hal.

I sure hope the mover's insurance reimbursed you.

I had similar issue with my RHS running board fixings after accident. You will find you can tap in a longer thread and use a longer bolt. Still do the epoxy for cosmetic purposes.

Joesmoe said:
Not "all-welder" -- rather "ali (that's an 'I') - for aluminum. The proper term in the US is brazing.
Good luck, and let us know how it works.
That's a bummer of a birthmark Hal.
I sure hope the mover's insurance reimbursed you.
Click to expand...

I am a very experienced welder. Just looking at the cast would be enough to make me run the other way. Not saying it could not be Tig welded but chances are you would not have much luck. Grain of cast is very rough.

Joesmoe said:
I sure hope the mover's insurance reimbursed you.
Click to expand...

I'd be making sure they made good.

barbagris said:
I'd be making sure they made good.
Click to expand...

reading the first post it seems like he was the mover, can you sue yourself??????????????
You must log in or register to reply here.
Similar threads
Trying to resurrect an accident damaged 2004 R3
Want to Buy Damaged R3/Engine.
**FOUND** Standard Radiator - Damaged
Damaged rear wheel.
For Sale Heads up re great partout of a non damaged '05 R3
Share:
Facebook Twitter Reddit Pinterest Tumblr WhatsApp Email Link
Top
AdBlock Detected