I'm not new to motorcycling but one thing I've never had was a Corbin seat.

I've heard people swear by them and tell me they buy one for any bike they own. These people typically say it takes about 1000 miles for them to break in.

Others I've talked to tell me that they are horrid and the most uncomfortable thing they've ever sat on. They claim that they've ridden 1000s of miles and they never became comfortable.

Of both camps I've seen touring riders and starbucks riders, big guys and tiny guys, old and young. I can't seem to find a common trait among lovers or haters.

So... let's hear from those who've owned these polarizing seats.

I had one on my Kawasaki 1400GTR trike, loved it.
Will be buying one for my R3R very soon

Keeping my crazy on the inside (mostly) since 1962

Bought mine through a dealer which turned out to be a good thing. The first seat they sent me had the wrong stitch pattern. Got to ride on it for the weekend and it was great 200 miles with no problems. Sent it back, for $900 I want what I ordered. Get the new one and it's a brick. I put 3k on the bike and was ready to burn the seat. Took it back to the dealer and explained the situation and they made the call to Corbin while I was there both times. Cost me shipping but the reworked seat has been great. I think they smoke too much

I've only tried the one, an earlier model on my '78 R100RS sidecar. Amazing improvement from the old stock slab. It has the hole at back for a pillion backrest but not for the rider which with short and low lean forward RS bars still wouldn't be of any use anyway.

Have one on my Roadliner love it,have one for my R3T hate it.

Well..... I had one on my old bike that I put on my new bike and still love it!! Lol! Inside joke. Lowers the seat hight a little, and gives you a little more lower back support.

Have had one on my rocket for ten years they come brick hard and stay that way as is the way a motorbike seat should be.

scot in exile said:
Have had one on my rocket for ten years they come brick hard and stay that way as is the way a motorbike seat should be.
Click to expand...

Your ultimate ideal bike seats then, selfcolor match-able and all 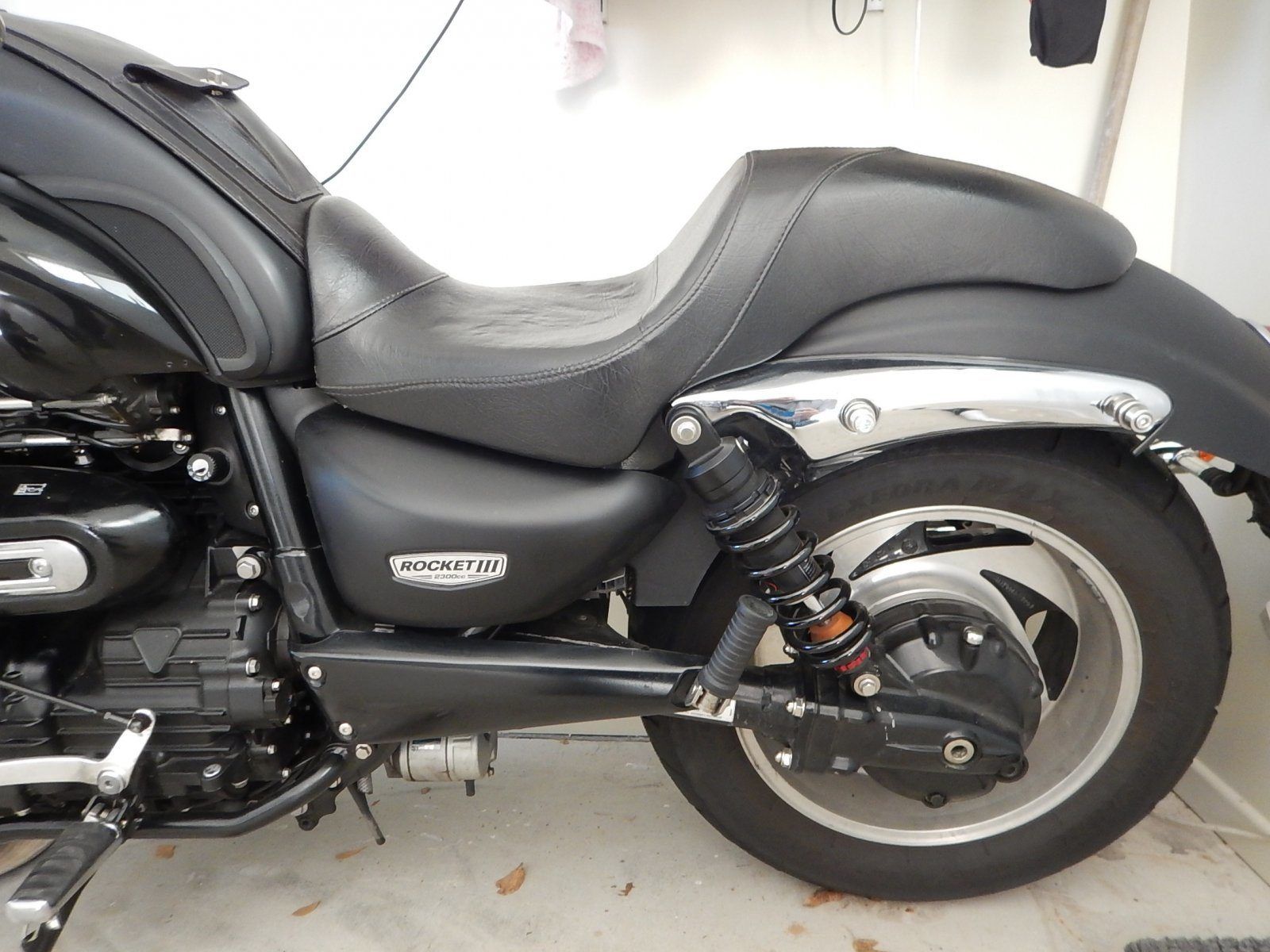 Richard in Wales said:
I had one on my Kawasaki 1400GTR trike, loved it.
Will be buying one for my R3R very soon

HAD one on my V-MAX and it was excellent they feel hard at first but the longer your in the saddle the better they feel
You must log in or register to reply here.
Similar threads