The first picture is the upper jalf of the ignition it basicall it the handle bar lock the key truns it and the offset arm is what operates the electrical part of the ignition. 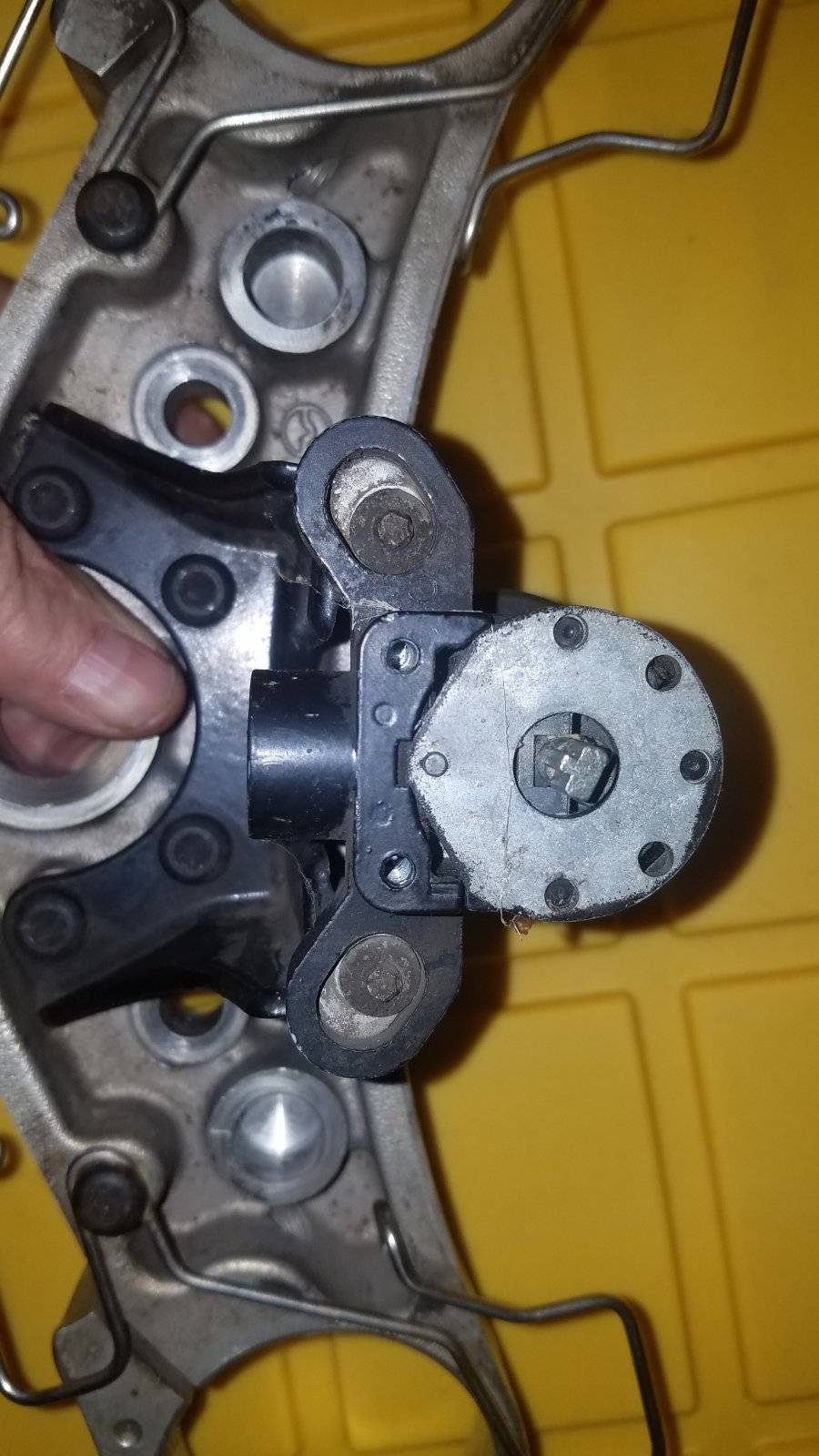 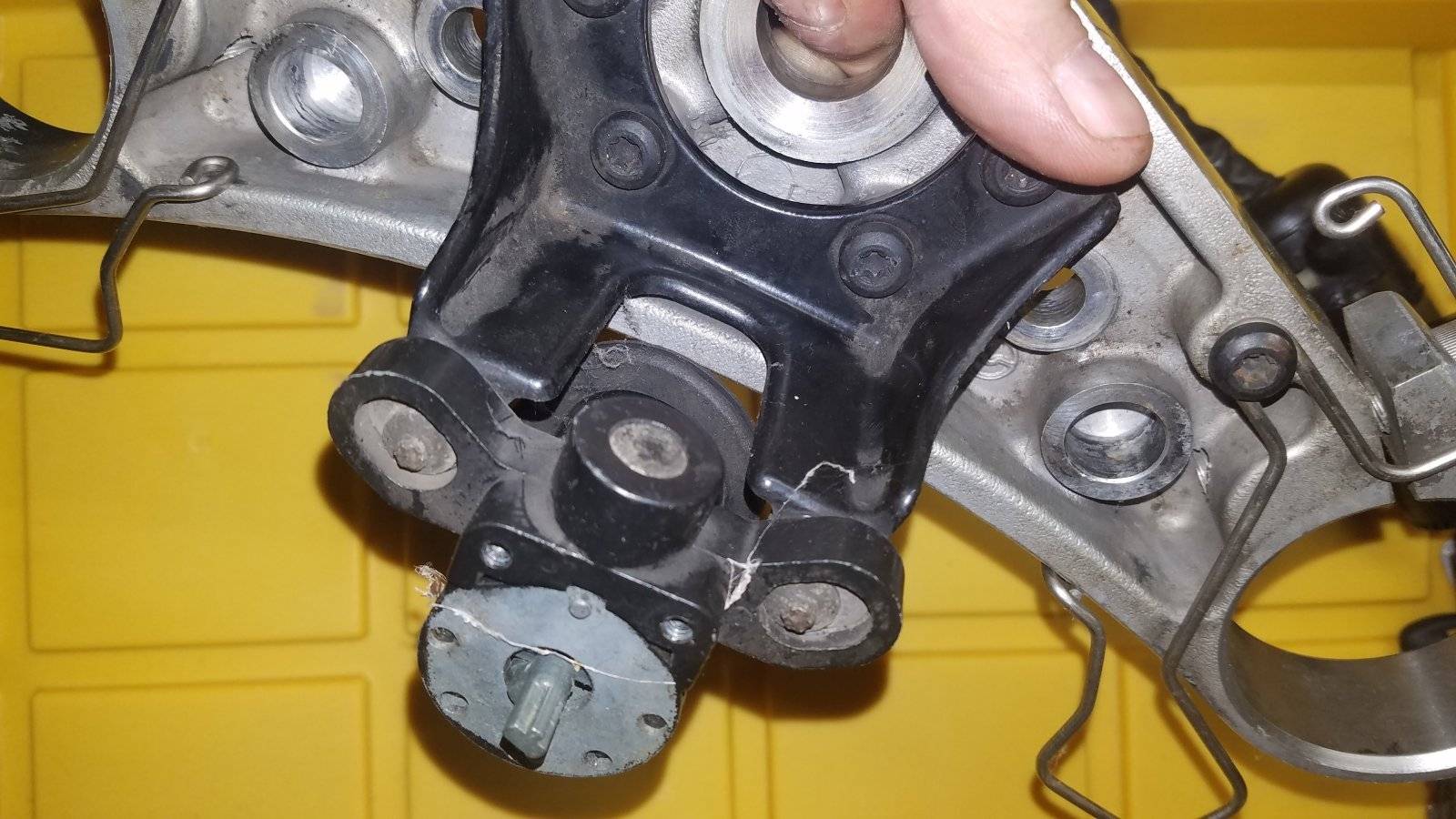 Now from his first post I think he was wanting to check for corrosion so maybe he has a sticky key. Or now that he has it out of the bike and apart he forgot he has to push in with the key to throw the steering lock bolt. Since it has no electronics I would lubricate it and actuate it throwing the bolt even spray some lubricant on the bolt while it is out. 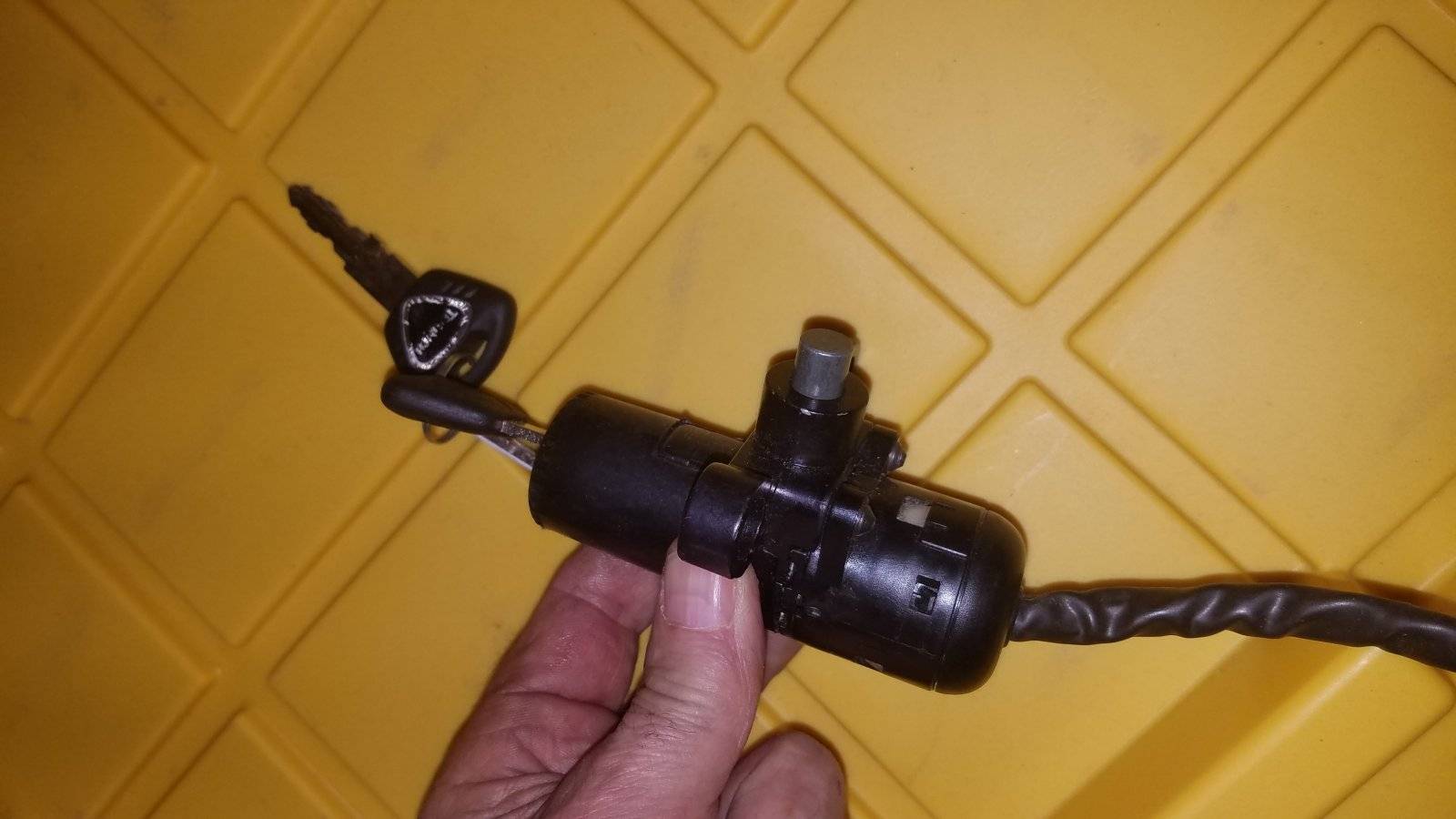 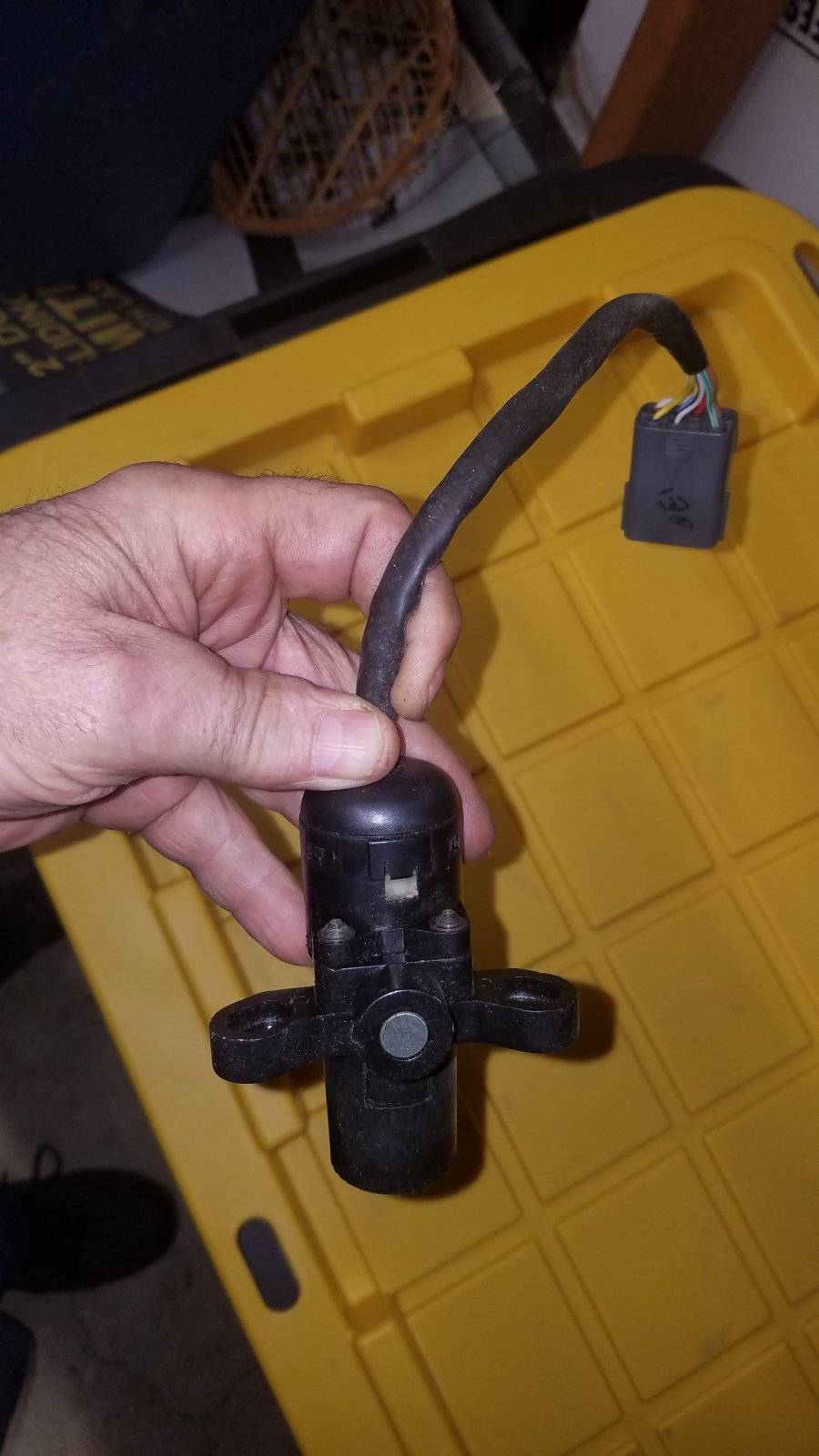 Second I would not mess with that contact junk its not something worth it when your talking getting stranded somewhere at the wrong time. Sure people have fixed them great. Me I'm not taking a chance. I say order a new one put the electronics on the old key base if you got it freed up. Or just have two keys the replacement keys have a nicer looking design to the grip/turn part so you won't even need to mark them. Then well there is Kens keyless also. I'll post first in english tried some Polish on the L interpreter simple stuff and well google works better for polish

Kevin frazier said:
I would (did) pm @DEcosse and order his keyless plug and play system and with a lifetime warranty (he’s working out) you will never need to worry with again. Just change batteries in fobs every 10 months or so and look cool when you saddle up and just pull clutch hit start and ride. No more wasted time money on key switches. But I love your fix it attitude.
Click to expand...

you perceived fine for it's so, I opt for to do it by myself if possible.. indeed I've been working on with dremel to refurbish it, so for it works well except sometimes when it's boring.. so I thought it could be only oxide presence inside, however I wrote to DEcosse mostly for some info

yeh it's so you percepived.. firstly I thought corrosion too.. therefore I checked it, so now I know it isn't on mine.. I done everthing you kindly suggest me.. I don't know how mine is inside, for it's doesn't belong to me.. I'm referring those I definited defined by the terms oxidized or not oxidized.. I only modify something being copyright free, so shrink occuping less kb or to focus.. therefore I highlight with dotted lines, or I opt for white-grey tone.. I've owned keyless though not yet on my RIII.. www.DeepL.com it's efficient enough..
Similar threads