scot in exile said:
What some do not know is that after the accident el warpo rode on the back of Sandie's bike back to the motel then three of us jumped in Warps truck with trailer(warp was driving) with boog following along on his bike to go and sweep up his bike.
Then we drove another few miles to get something to eat which Warp paid for then he drove all the way back to the motel and not a chirp from the tough little skinny polok now if anyone has earned the right to be called an honorary Scotsman warp is the man.
Click to expand...

Ya watch out before you get bucked off

Quick update
Warp is doing good.In some pain.Not ready to work on the bike yet.
Boog may have to take him some apple pie if he gets too bad. 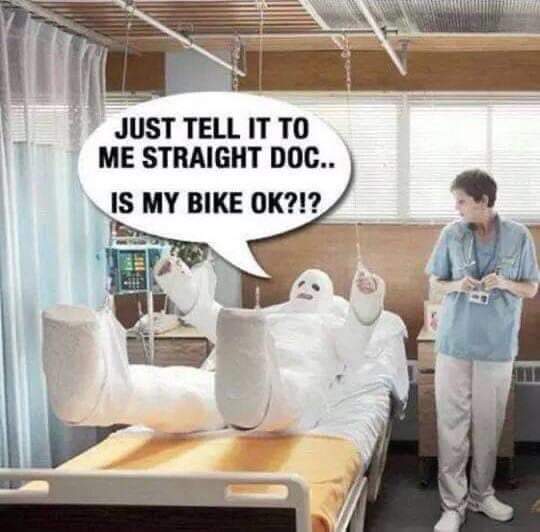 You must log in or register to reply here.
Similar threads
Warp will buy you a Drink
Warp birthday
Big thanks to Warp 9.9
Back after a long hiatus, and a shoutout to warp
Warp, what's the word on the MTC clutch and how did you make
Share:
Facebook Twitter Reddit Pinterest Tumblr WhatsApp Email Link
Top
AdBlock Detected