I've signed for a R3 R and entered the Triumph world !

It's been an intense week, got exhausted (short and agitated nights) but it was worth it and I am really satisfied as I have achieved my goal :

Convinced myself to leave the Indian world and join the Triumph one (but I still keep some Indian spirit in me).
I contacted 3 Triumph dealers + a merchant 3rd party. The take-back price of my Roadmaster was the same so I gave the priority to the dealer offering the "package" I wanted i.e. :

a reasonable take-back price and some discount on the R3 fitting with my budget + good fame of the mechanic + relax-easy-comfortable-practical transaction and easy access to the dealership + a "friendly" contact + the spirit of a "community" allowing me to organize and join more roadtrips.

I may have sold my Indian Roadmaster max $2K more but too risky as the more I would have waited the more there was a risk to lose even more money for several reasons : official 2nd hand quotation decreasing faster for pre-RideCommand models such as mine, 116ci 2020 models available as well as pre-orders for the new Indian Challenger (should arrive next mth in Europe), Euro 5 standards (the R3 is Euro 5 and my RM Euro 3) and last but not least the R3 announcement !

He added that no need for me to clean it. The next day he smiled at me while saying that I did clean the RM and made it shine (took me 2 hours hand and dry cleaning as I was used to).

Even after having signed the paper confirming I was no longer the RM owner, they did even not bother checking the RM ! So everything was smooth and easy after signing the order form the previous day.

The seller was (his colleague too and who worked 20 years for Ducati) probably one of the best I've ever dealt with regardless the brands .
When I told him that I am used to organize roadtrips with multibrands riders, he told me that the does too with his customers and since there is a strong demand, I could if I would, organize myself with his customers !

In spring he is planning one dedicated to his customers owning a R3 ! They also propose once a year a training course on Le Mans race track !

A R3 was in the shop and I loved it even more than the first times. Thus a good sign...

Anyway so when I left there my Roadmaster, I was really surprised to feel a great sigh of relief rather than sadness !!! This is definitively a proof to me that I've made the right choice...

And when I rode it to the Triumph dealership (located at just a couple of miles from home just near the "Arc de Triomphe" (meaning : Arch of Triumph... ) and also near the Indian shop by the way, I found the RM so heavy (it's been a mth I have not ridden it) and even its usual great sensation of the big low end torque seemed to have been annihilated ! Consequence of the R3 engine sensation I suppose...!?

Even my wife who is not interested in bikes told me that I did good since I was enjoying more the RM like a piece of art rather than for the riding. Some truth in that comment as if I was rich, I would have an Indian Vintage sitting in the middle of my living room !

So last Thursday evening : order form signed, Friday : RM returned and Saturday also the RM accessories (trunk, standard seat and exhaust). 3 return trips to the dealership that I could not have done with another dealer (too far).

Other positive elements: I'll save €400 of the next maintenance check of the RM planned for in a couple of mths and won't have to get it done so often with the R3 (first check is between 500 and 1000 miles then each 10,000 !) I'll also save a lot of space in my tiny garage and above all I won't sweat and get tired too rapidly when parking and maneuvering the R3 unlike the RM.

The more the days go by the more I realize this deal and the more I feel happy and impatient.

The R3 will certainly be a best seller since (shared by the WW press) :
I hear that 500 models have been kept for France and just for 2020 ! This is huge and one of the dealers I've contacted, apparently expect 37 R3 from Triumph this year and he said that he's already sold 27 as of yesterday !

Last but not least : I am proud to enter the Triumph world especially since Steve McQueen and the movie "The Great Escape" represent one of my favorite American actors and movie...


Could not imagine when I went to an exhibition in Paris 2 years ago on Steve McQueen that I'd own a Triumph one day.. : 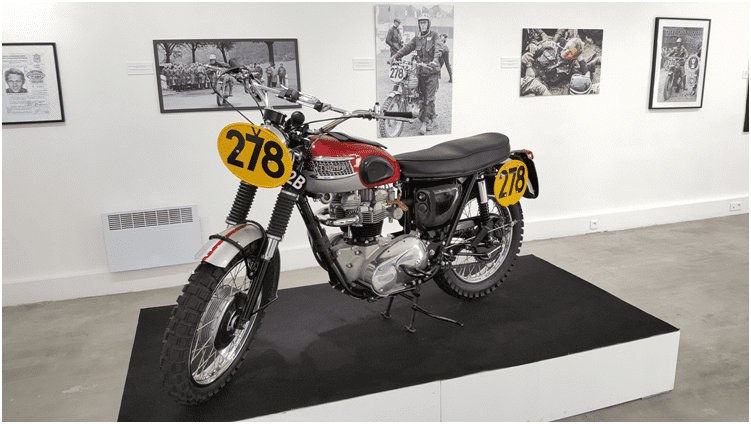 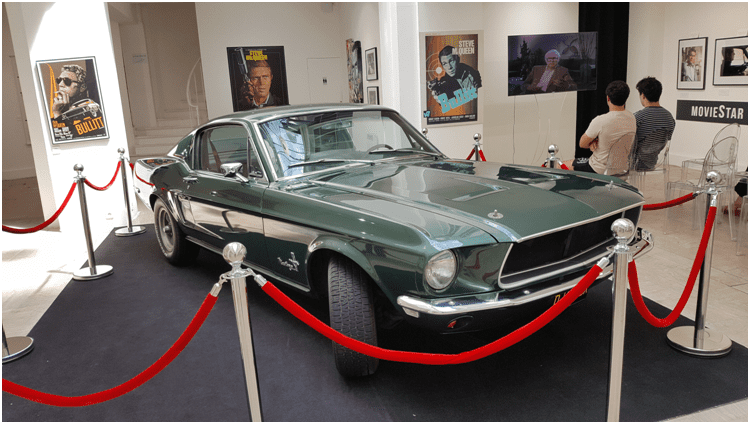 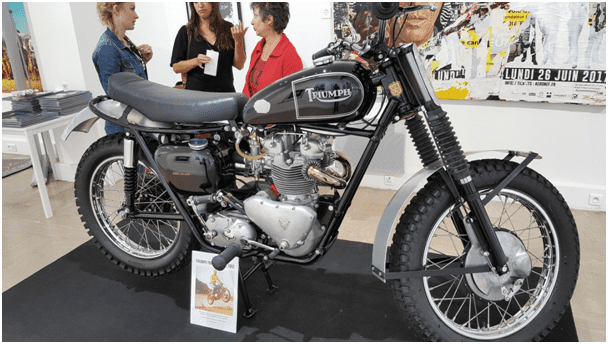 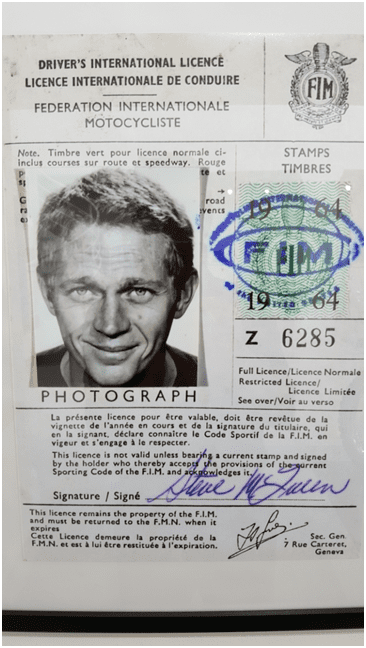 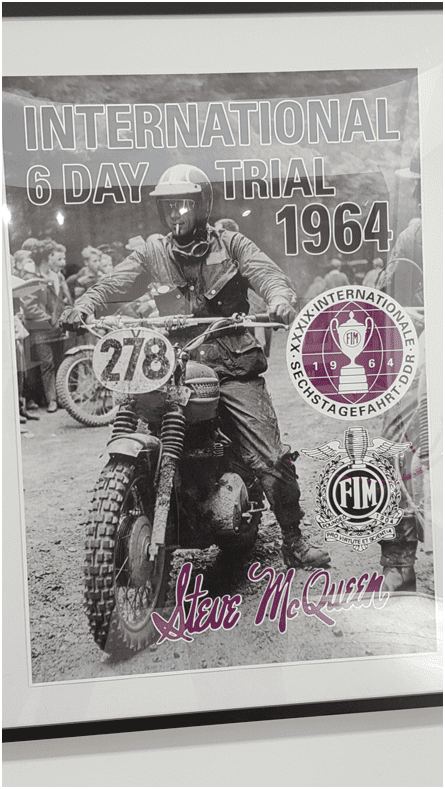 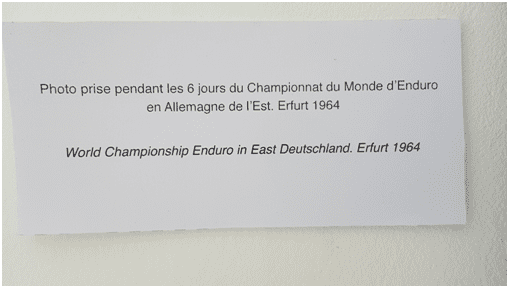 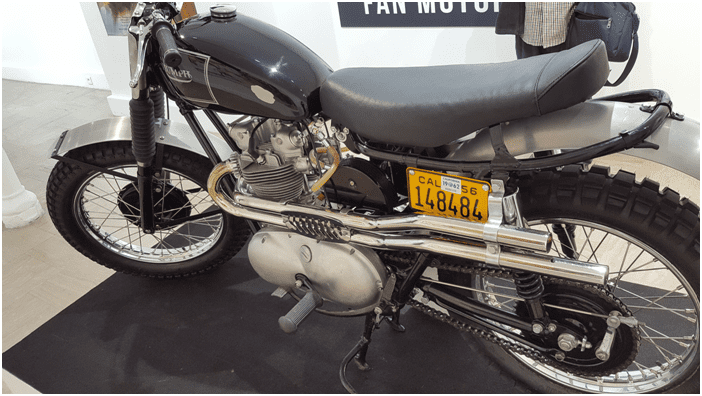 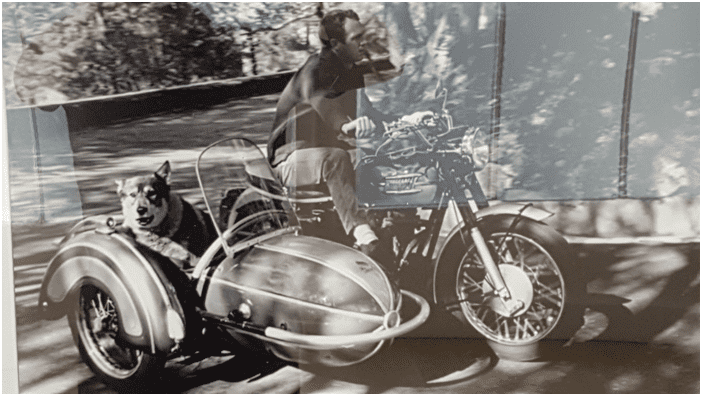 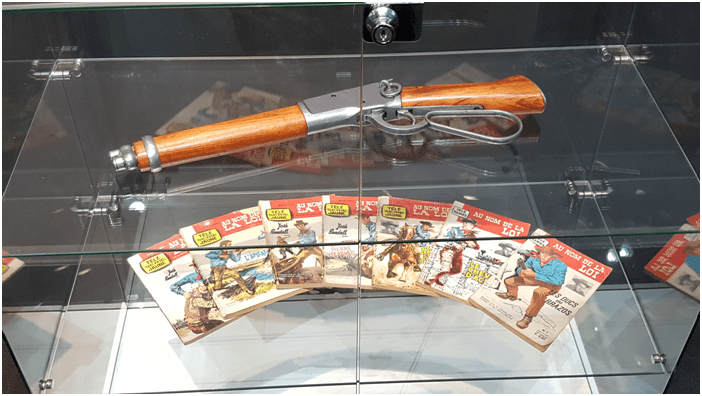 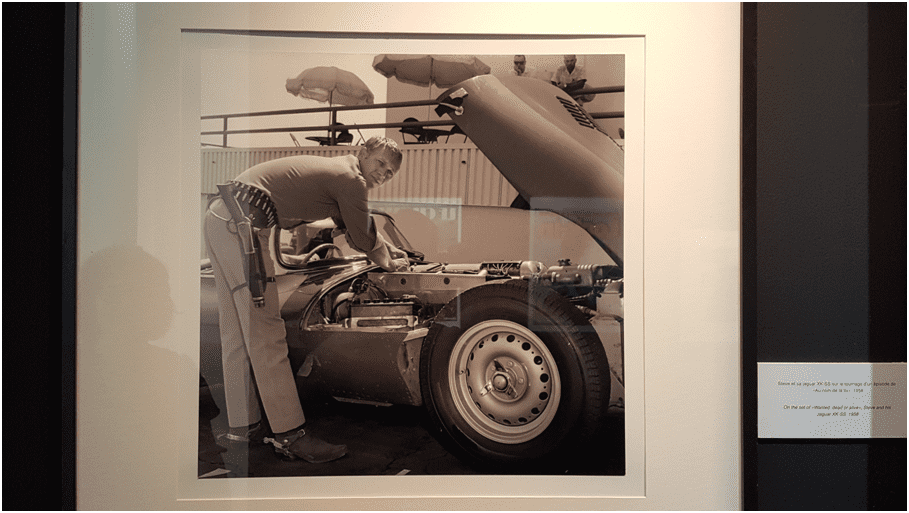 Also I'll enjoy thinking of "The Wild One" with Marlon Brando riding a Triumph Thunderbird6T...(and not a Harley as many believe it )

Now I "just" need to be patient. The "bad" news is that 2 weeks ago the delivery expected date was end of February and now it's moved to end of April (for both the GT and the red R - end of Feb for black R so far) but that's ok since I usually don't organize road-trips before end of March at the earliest due to the weather.

I guess I'd need these mths anyway to get progressively prepared to enter the Triumph world and in particular to get ready to master the R3 B E A S T !

Congrats and welcome. You'll love it.

That there is Byers Bliss. Congrats!

Congrats!!! ...and Welcome to the R3 family from Florida!
-MIG

Hello Red and welcome from Virginia

Finally, it’s done. I’m happy for you, welcome as an owner now.

Great choice mate. I've just come back from my first long ride and enjoyed it thoroughly. My last ride was an Indian too - but only a scout! Welcome to the club!

The Guy With The Most Toys Wins!

Welcome to the forum.

I have owned my first Rocket for 15 years and the "newness" and excitement has never declined.

I liked it so much I traded my Harley for another one so that I would always be able to ride a Rocket in case one was getting repaired or left in another location.

Welcome to the forum

No Booster Plug for the R3
2