hi everyone.. im toying with the idea to trade my Indian for a R3

what you think.. pit falls and gains..

If you like slow bikes, stick with the Indian!

My mates at my local dealership give me bikes to test and review. I had the Indian Chieftain Dark Horse for a day.
TL;DR; Get the Rocket 3 R today.

If you can be bothered, this is the review I wrote of the Indian:
---------
Thanks to my mates at
Rising Sun Townsville
Motorcycles who have given me the Indian Chieftain Dark Horse for the day to play with.

In Townsville, where Harleys make up 90% of the bike population, the Indian is uber cool if you are into this style of bike. The Batman looks make it more gangsta than driving a 300C Chrysler and that is saying something.

It gets a lot of attention and as usual, since the Harley riders up here cannot recognise a non-Harley, they stare more than anyone. (My old red Ducati Diavel had them stumped as to what could possibly be louder and faster than them, and the Rocket 3 simply dumbfounds them). The Indian, they assume, must be made in India. The fact I wear riding boots and not thongs definitely has them thinking; some rich city boy on a fancy bike.

Top speed 179km/h downhill with 100kg of me on it. Very comfortable sitting at that speed and not that noticeable you are going that fast. No rocket pardon the pun but gets to 130-140 pretty quickly, a bit slower then to 160 and then about 20 seconds to get to 179 from 160. Contrast that to the Rocket 3 R which takes about 1 second to get from 160-180 but these bikes are not in the same category. But add the Rocket 3 GT which is more of a competitor given its peg positions and target audience and the decision would be easy. But this isn't a comparison. They are no comparison to the Rocket which does everything and I mean everything better.

You don't buy this bike for performance. You buy it for its looks and street credibility and it has that in spades. The fact it performs okay is a bonus.
Harley or Indian? No idea. I have an Indian FTR1200S RR which is another beast altogether and nothing like this, and my Harley riding experience is next to nothing but from reviews I have read, the big Indian stacks up well in most comparisons. Maybe others who have ridden similar Harleys/Indians would add something here. (I have ridden Harleys - just not much. I don't have much time for them. Once I hit about 140, they feel like they are going to disintegrate beneath me. 0-100, they're fine).

Would I buy it? No. Not at the moment. The Rocket 3 is as cruiser as I want to be and that is on another level again in terms of everything. But if I do go down this cruiser/tourer path one day, I will take another look. If it is your thing, definitely check it out.
-------
More notes: As I mentioned, these bikes are not in the same category. The Indian cannot match the Rocket in anything. Build quality, performance etc etc. It is like comparing the Indian to a step through scooter vs comparing it to the Rocket 3 R. If performance is your thing, 2.73s to 100 is not hanging around. The Indian I could not get faster than 180km/h. The Rocket is stabler at 240km/h where I backed off.

The engine on the Rocket is sublime. So smooth, does it so easy and sounds amazing even with stock exhaust. Though why you would change it is beyond me as it looks so good. The other thing is, the engine feels like it has so much more in it so if modding is your thing, the Rocket will be even faster. On the other hand, the Indian engine sounded and felt like a sewing machine. Breathless and slow relative. Not even as good as the FTR1200S RR engine. (Which I owned for a while before the engine just gave me the ****s and I went and bought a Japanese naked again).

Both Harley and Indian, 100 years of development and they still can only produce second rate gear IMHO, though the Indian is more reliable.

But to each his own though I think one test ride of the Rocket 3 R and you won't want to give it back. 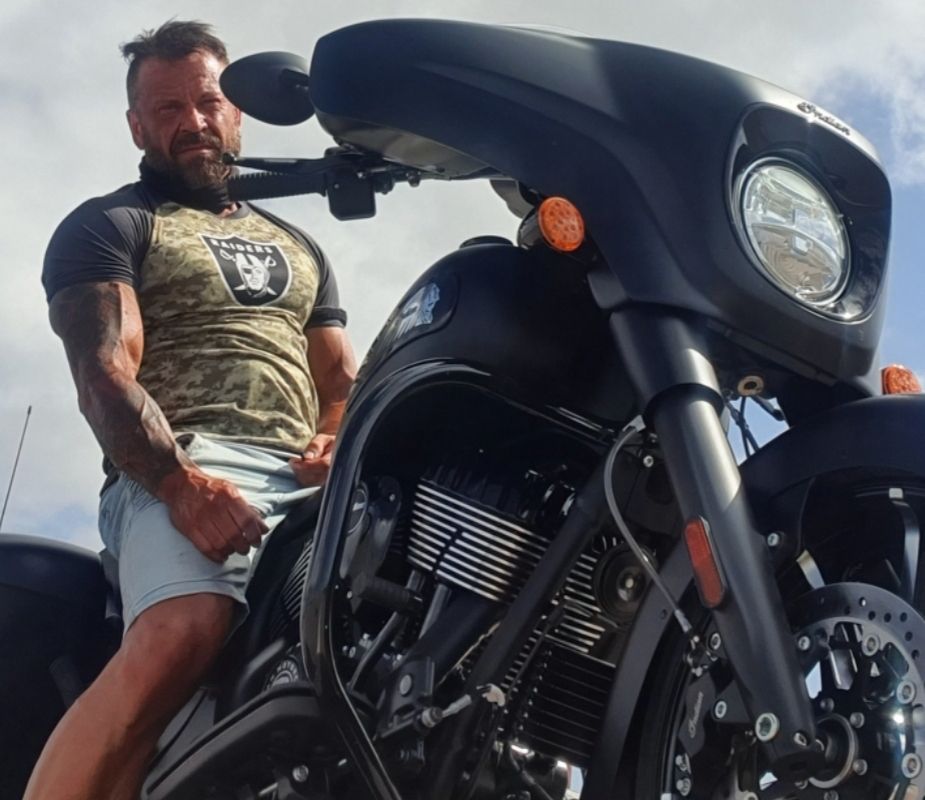 Not an easy to answer question! You didn’t say which Indian bike you have, or which Rocket to compare!
It really comes down to what your after. Some things to consider, depending on where you live, you may have zero dealer support.
The Indian touring bikes are known to perform well. Comfortable, good dealer network, good aftermarket support for accessories.
The Rockets lore is that big lump. Stock, it pulls hard, sounds like nothing else, and every where I go, at least someone asks me about this fairly uncommon bike.
If your after unique, the Rocket rules. If you need support, fix a broken bike on the road, I’d say the Indian has the win.

Hello from France. Some of the "Harleys" turn to Indians and then I notice the "Indians" buying the R3. This is what I did (my old one was Chieftain limited) The Rocket is truly another world! and it's summed up by Rock

R3 performance and handling is in a class of its own. Follow the Nike tag line ... Just do it. You will be so happy you did.

F6C said:
Hello from France. Some of the "Harleys" turn to Indians and then I notice the "Indians" buying the R3. This is what I did (my old one was Chieftain limited) The Rocket is truly another world! and it's summed up by Rock
Click to expand...

when I saw my Indian leaving (the weight was getting too tiring and my use was limited to one day ride and no longer for long journeys).
As for my R3R (got her last June), I find myself lucky to own such a bike given that it is so unique, nothing can be compared to her (it accelerates 0-100 km/h almost like a Formula 1) and it is so easy to handle it that it is somehow magical given its actual weight and finally because I am convinced that its list price could have been way higher since it is such an exceptional rocket !