Just reminiscing a bit and laughing how we used to dress up our helmets when we were younger....
When we were puppies, we could only buy white helmets....open face was the favored choice. I was riding a Kawasaki when i bought this new helmet. My cobbers and i had a brainwave that we could paint it black so off we go and buy a can of gloss black spray paint...a visit to the fabric shop secured some lace about 3 inches wide. We taped a piece of lace across the lid from the front to the back with masking tape..put the helmet on the handle end of a broom and leaned it against a chair and sprayed it black...nice even sprays. Then we removed the lace and hey presto we had a superb looking black helmet with a white lace pattern over the top!
One of the boys was handy at sign writing and wrote 'KAWASAKI' in white on the helmet over the top of my eyes and also around the back....I thought i was proper cool!
Last edited: Apr 4, 2022

Keep an eye out for a gas station.

That's pretty creative. I'd just glob stickers and more over time until you couldn't even tell what color it was anymore.

I didn't know you were a 'Lace lover' Tal.
You must have looked REAL cool then, and here is another opportunity to 'Lace up' and set a new fashion trend! You may even get a few options for different outfits. 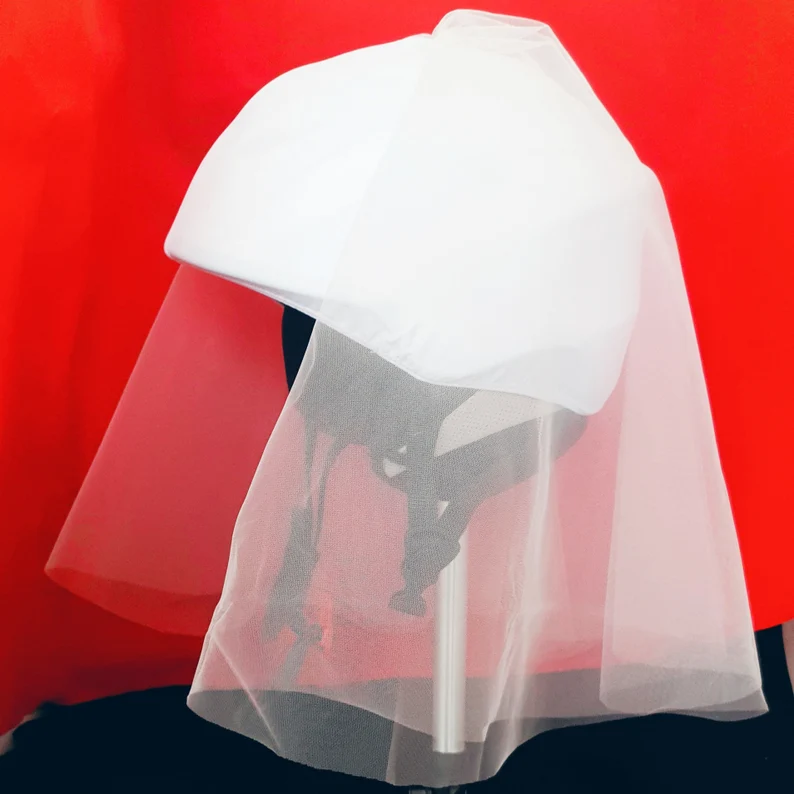 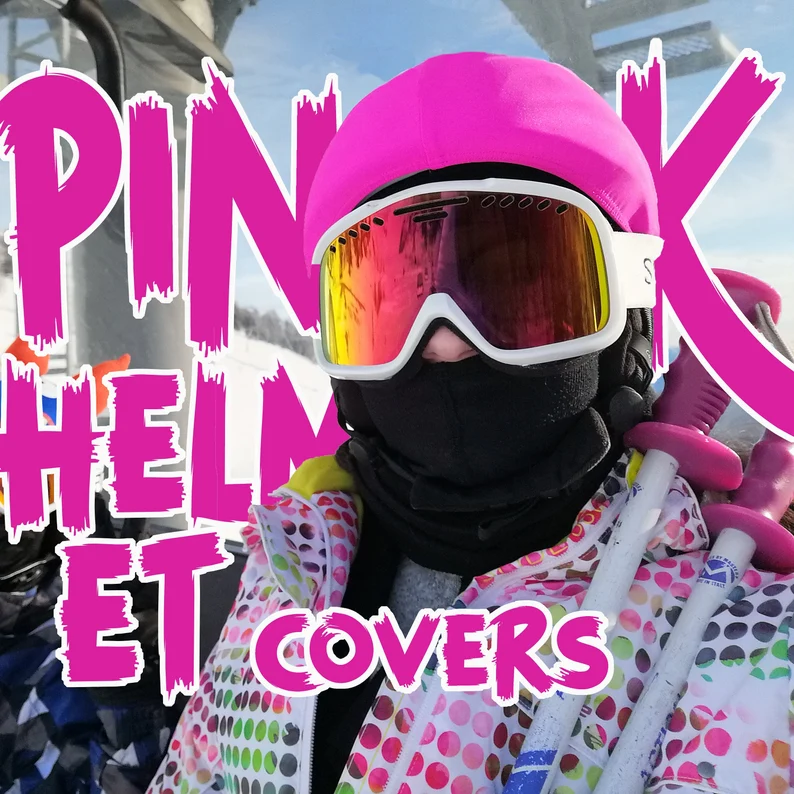 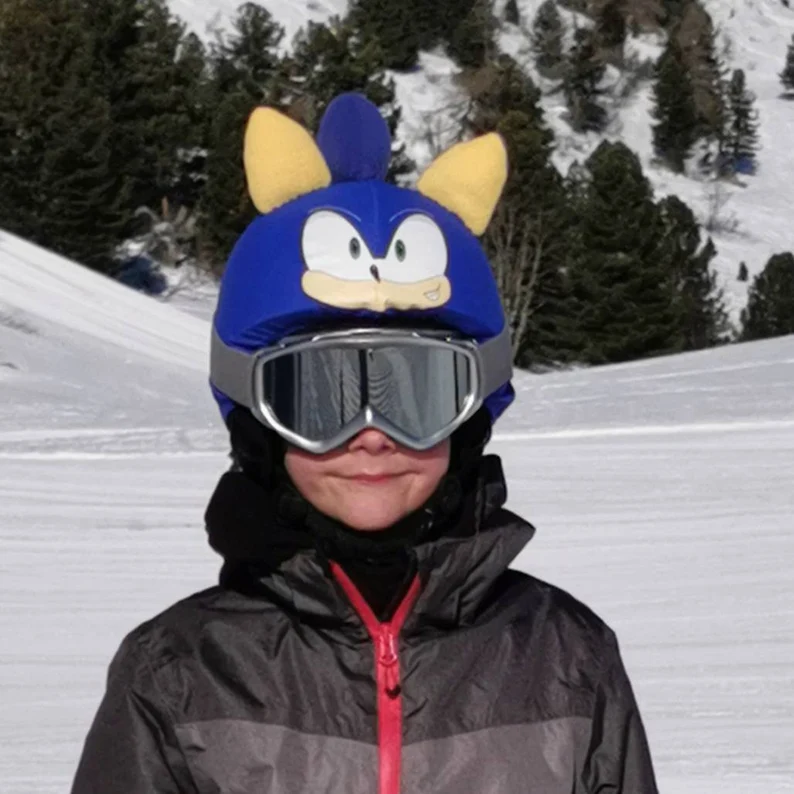 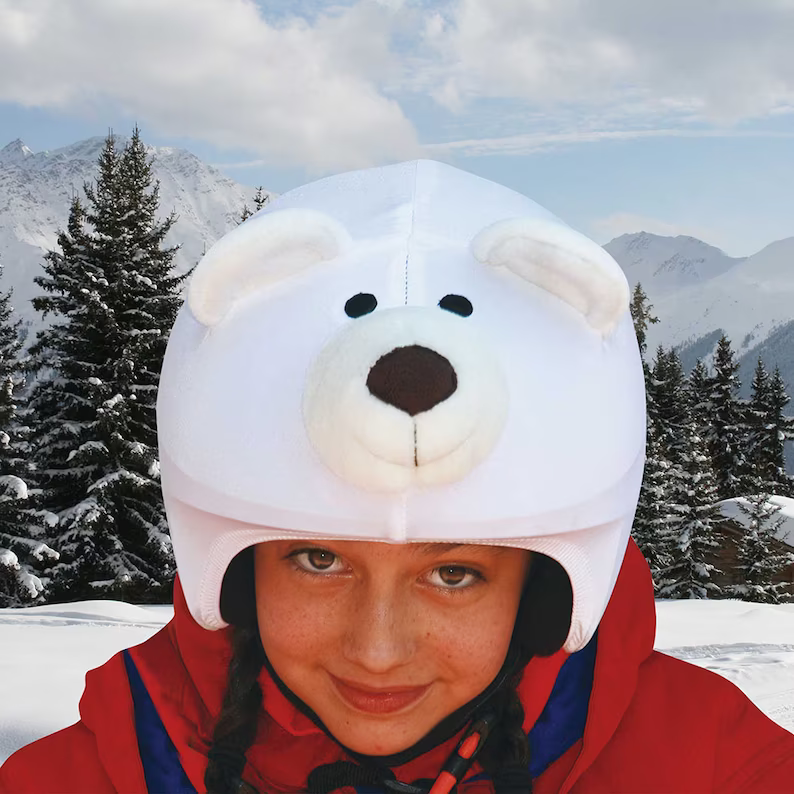 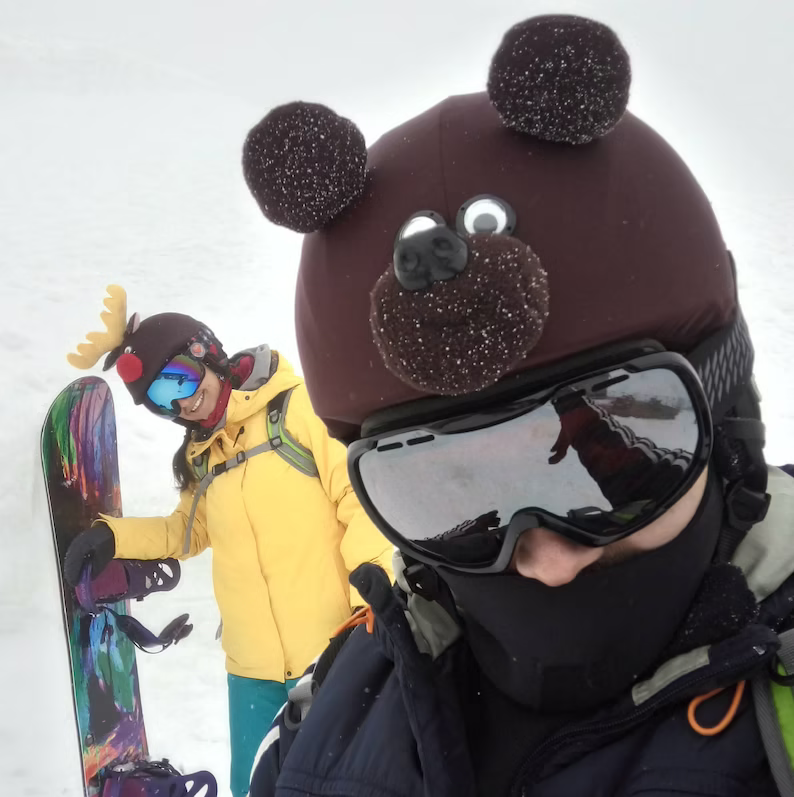 One like this was on eBay recently but withdrawn before the auction ended.
They weren't claiming it was Hailwood's though like this one, and it was going for about Au$250. 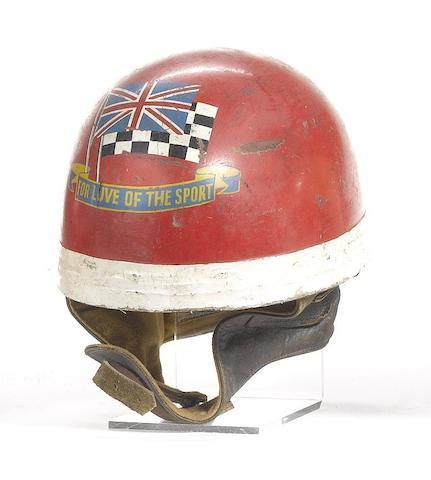 AN EARLY MIKE HAILWOOD 'FOR THE LOVE OF THE SPORT' PUDDING BASIN MOTORCYCLE HELMET, BY CROMWELL,
cork-lined helmet with leather chin-strap, painted red with white band, bearing Union Jack and Checkered Flag design with Hailwood 'For Love of the Sport' motto scroll design to front, showing signs of wear, possibly used in the late 1950s early in his career with MV Agusta on 125cc machines.

Bonhams : An early Mike Hailwood 'For the Love of the Sport' pudding basin motorcycle helmet, by Cromwell, 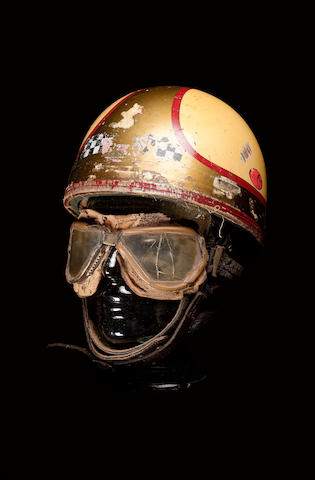 MIKE HAILWOOD'S RACE WORN 1966 CROMWELL HELMET AND SUPER-FOSPAIC RACING GOGGLES,
the cork-lined 'pudding bowl' hat painted in off-cream, red and gold, with cloth inner webbing and elasticated softer lining, with Cromwell label and indistinct stamp, leather strap and ear protection with ear ventilation. Paint loss and evidence of accident damage to the hat with remnants of chequered flag design and Honda transfer to the front with 1966 Isle of Man TT scrutineers' label to the side. The goggles with ventilated frame, coil sprung adjustable headband and remnants of rubber protective cheek pieces displays deterioration and damage to the lens.

Herre ya go Tal relive the experience, all white and ready!

Seems you can still buy new cork helmets from Japan. Just Au$200 with free delivery. Obviously will not be road legal most places but who has ever had their helmet checked by a LEO, certainly not me.

Find many great new & used options and get the best deals for Motorcycle Parts Center Bike Helmet Half And A Half Hat Cork Type White 700103 F at the best online prices at eBay!
www.ebay.com.au 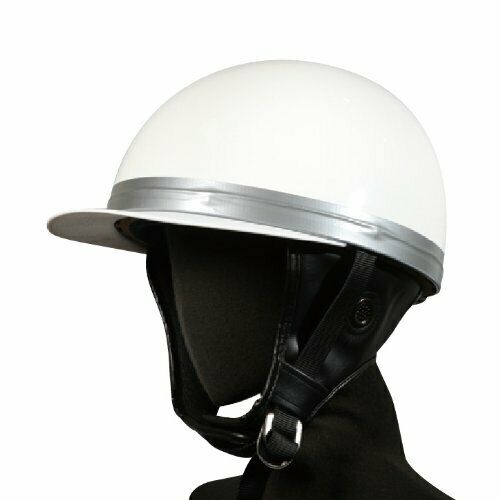 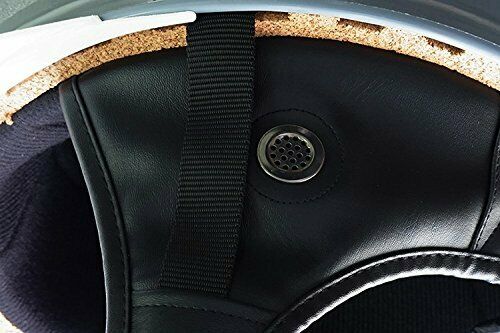 My cousin Graeme was a bit of a rebel....rode Trumpys, beezers, Norton Commandos...he got a fox fur stole that our Grandmother wore...had the head and all on it...he glued it on his helmet with the face just above his eyes and the rest glued right over the top. The tail hung down his shoulders...He looked pretty mean coming at you with his leather jacket, denim vest over the top and that helmet...He liked making noise and going fast too...

I picked up a 3/4 bright silver-flake metal helmet from Goodwill... At the time, I was too embarrassed to be seen with it on base so I painted it flat black. I've come a long way since then...
-MIG

Keep an eye out for a gas station.

Looking back at my last half lid.

Saw a guy on a sport bike wearing one of these recently: 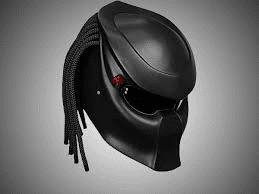 Marc Marquez comes back and Norton's Stuart escapes the law

My wife is looking for this patch for me