Looking for a little advice from you experienced RIII riders. 2020 was a hard year for me with bikes. I started the year with a 2004 Honda Rune that I'd had since 2007 (only owner). It was totaled in an accident in May 2020 when a driver cut me off. I then bought my first RIII, 2005 Red, the most purely enjoyable ride I've ever had. I took a long ride on it in October (600 miles or so), and was left sore for days. I thought, perhaps it's time for the "old man" bike, and traded it, title for title, for a 2003 Goldwing. In less than 2 months, I was unsatisfied with that, and the other guys was likewise unsatisfied. We've both posted the bikes for sale on FB (he doesn't want to just trade back). In the meantime, though, I have 2 local used options at dealers that I could just trade for, rather than working through trying to sell and then buy again, a 2013 RIII Touring and a 2015 Roadster. With the Roadster, I would end up eventually putting hard bags on it, likely Corbin's bags, which I also had on my Rune. I typically use a bike as my daily driver, depending on weather - I'm in Fort Worth, TX. I take 1-2 long rides per year, anywhere from about 600 miles up to about 2000 miles. The wife says I can only have 1 bike at a time. I will never afford a Rune again (I was active duty Army when we bought it, and I'm now retired from the Army and a local pastor here in TX). The RIII is really what I want to ride long-term. Looking for some input, if you have any. Thanks for your experience and advice.

Hello @frkmbolin and welcome from a displaced Texan in Virginia.

I have the 2014 R3T since new with right at 78K miles. I have made many trips from Virginia to Texas, Florida, New York and Sturgis. Out of many rides over many years, I enjoy this bike the most.

I’m not sure what your asking for. I ride the 08 R3T in my snapshot. This Rocket has 61,000 miles and my wife and I use this cycle for all our long vacations. I purchased a 2015 R3T stock, with 2400 miles on it. Great bike with lots of possibilities. This forum is full of owners with knowledge and good will. You have a question or problem, be ready to take notes. Honest, helpful and willing to help. You could not do better.

I too ride a '14 R3T and with the a back rest, windscreen and those foot boards... it's the perfect riding position for this grandpa of five with a failing back. All the power... all the comfort... in one neat (and exhilarating) package. ...and I truly appreciate your Army service. I was imbedded with the Army in Afghanistan back in 2019 and am also looking at retiring and moving onto my next adventure (did I mention we have 5 grandkids??? ) this year.
-MIG

I absolutely love my 2015 R3T. I had the seat rebuilt on mine instead of buying a new one. The engines in the Touring is detuned, but that is easily corrected.
I bought it for long distance riding. It is not a Gold Wing, but I can ride it all day long.

Thanks for the input. I ended up getting a 2015 R3R with only 13k miles on it. My first big day riding on it was a day with 40+ mph wind gusts, as a headwind! Talk about a rough start! Time to update my profile.

R3R is a great choice.

Not a Roadster but an ‘09 Standard, the bike the Roadster replaced. It was my daily ride, weekend escape and I did plenty of long trips on it. Only once tried it with a screen, which I pulled over and took off after about 10 minutes. Too much noise and buffeting. Naked is the way nature intended it and besides, there’s plenty of protection from the enormous tank, headlights and even the gauges. 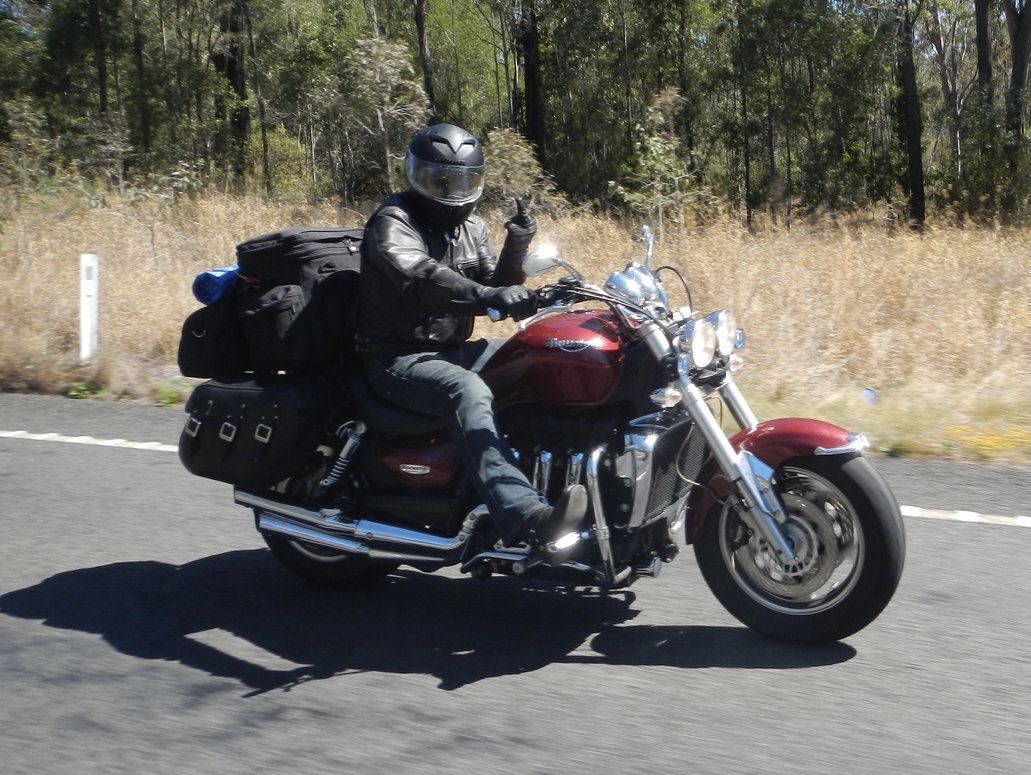