The Duk of death

After 17 years of ownership it's time to sell my 2005 Rocket. It's been an amazing bike and has taken me on some wonderful adventures but the years are taking their toll. A worn out hip makes it uncomfortable and a little unsafe to push the beast around. This has led to a few changes including selling my '73 Commando which I've had for 44 years and replacing it with a '75 which has an electric starter and now the Rocket is up for sale to be replaced by a 2017 Bonneville T120 which is 300 lbs lighter! That's the bad news. The good news (?) is that I'll probably still hang around here and go to a few more RAA's and try to keep up

.
Memorable events with the Rocket include having the first Rocket III in Canada and riding it to the official Canadian introduction which caused quite a stir, meeting Warp for the first time in the Adirondacks and instantly making a friend for life, my first RAA in Maggie Valley and partaking in more apple juice than a wise man would whilst having so much fun, a three week trip to the Rockies again making more friends and finding that the generosity and friendship of Rocket Captains is boundless. Getting to meet Hanso on his epic trip from Australia across the USA. If I tried to list some of the friends i've made on here I am sure I'd leave some out so I won't try.

I'm off to the garage to replace the detent spring which has broken after only 120,000kms! Other than needing the update kit early in it's life and replacing a TPS three years ago that's been it for repairs !!
Last edited: Jun 25, 2022

A 17 Bonneville can I ask is there a diffetence between the 17 and newer ones?
I've been thinking a speed twin 1200 for a lighter bike. I know the feeling I just seen the 26,000 bill for my spine surgery . But just in case if you sell the buldog flyy screen separately keep me in mind bud. Below is what I've been eyeing probably the same if your bonney has a 1200 in it. I just got to get where I can walk again. And maybe get my heart disease under control 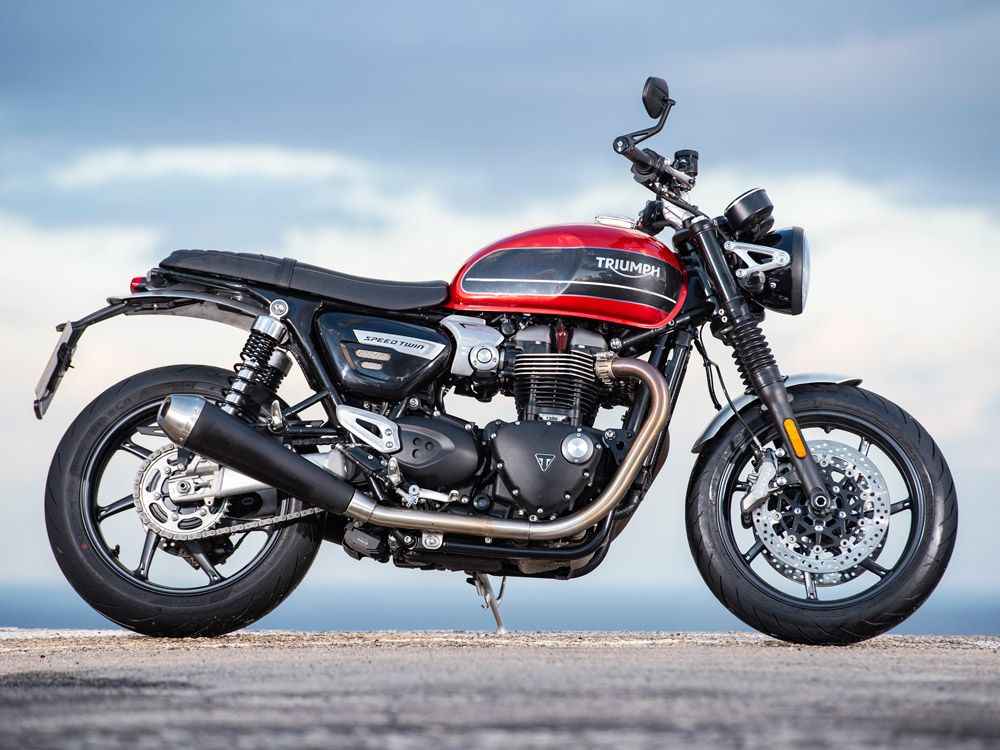 We have never met but I have enjoyed your input over the years. I also have a similar interest in British Classics and converted both my T140 and my BSA Lightning to Electric start. i hear what you are saying on the weight of the Rockets when pushing around. Good luck with the detent spring and keep checking in occasionally.

What do you use your rocket for