I am posting this as 'ride safety' is a high priority to me and I hope for you as well.

I've lived in Northern Virginia for the past 11 years. One of the local roads that I love to ride is Joplin Rd in Triangle, VA. Its max speed limit is 15-45 and has many picturesque, wooded curves, no shoulders and a couple of blind hills. Unfortunately, a few riders die here each year.

Yesterday during a charity ride with many bikes, one rider did not come home. Brook Shambeck is from Oakton, Va. and was riding her 883 pictured below. 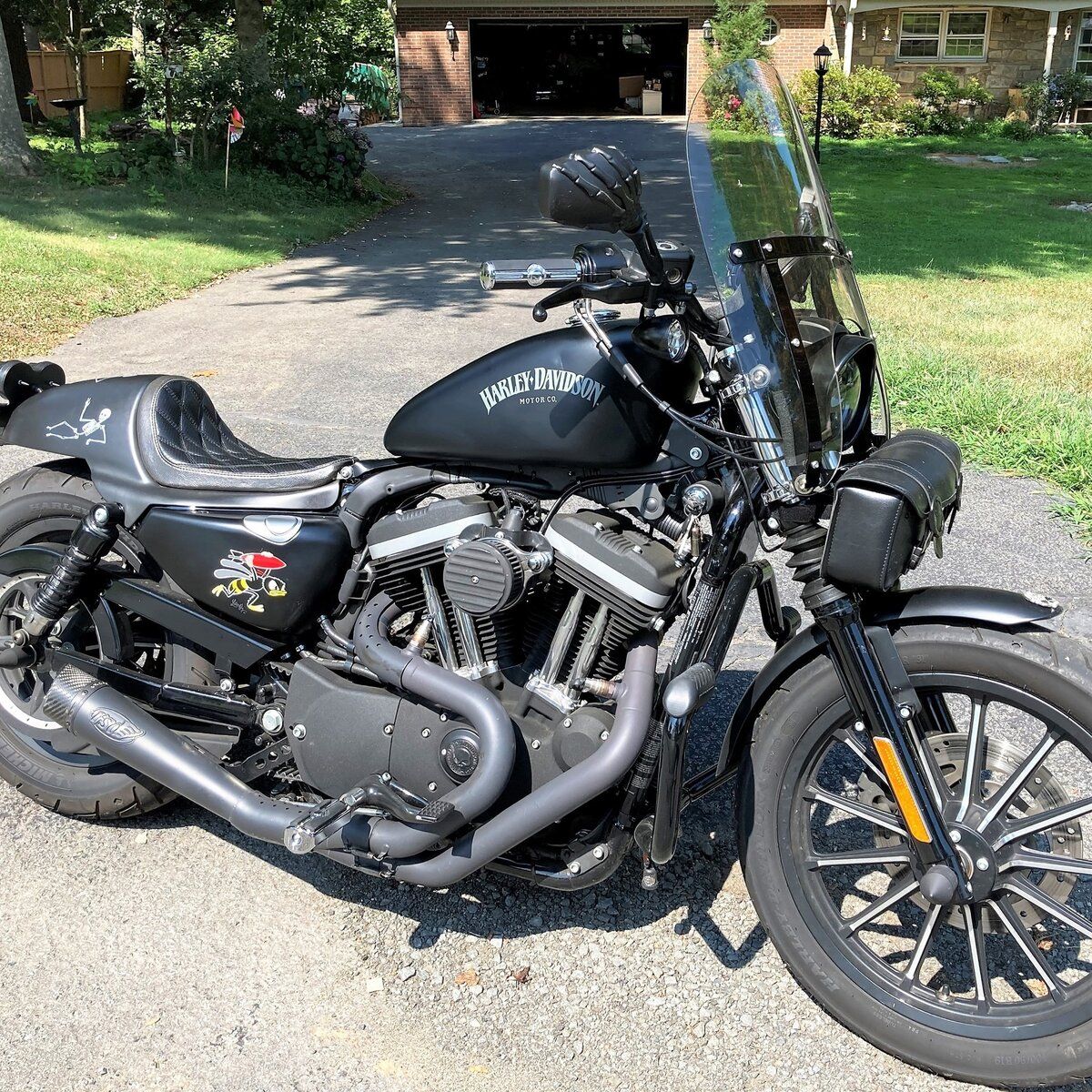 Brooke was 56 years old and a strong advocate to get more women on to bikes. Even yesterday morning before the ride, she let another lady sit on her Sportster to size it up.

I do not know all the actual causes of her mishap. But I do know the road and what the Police released about it. The group was heading southbound. On a tight right-hand curve, she lost control, crossed the double yellow line and departed the left side of the road into the woods. She hit one of the trees. She died after the ambulance got her to the hospital.

Riding with a group of other riders that you may not know, adds an additional element of risk. Oftentimes, those at the back of the group have to race to catch up to the front. Some riders overtake without warning and startle another rider. One rider may brake without warning, etc... Like I wrote above, I do not know the root cause of Brook's crash, but please be safe out there folks.

I am not an accident scene investigator, but I have been a medic on many crashes and understanding the mechanism of injury is always important. On a different crash close to this same spot, the husband of one of my workmates rode his CVO Ultra at a high rate of speed. On a lefthand curve, he leaned too far, and the bike pivoted on a hard point lifting the rear tire. When the tire made contact, the bike high-sided and tossed him into a tree next to the road. I helped their son with the insurance claim on the bike as he had no idea what all his dad had done to upgrade the bike after buying it new.

As for me, I ride Joplin often single and with Pretty Pillion. Deer are a hazard as are black bears. She and I had a close call with a bear here two years ago. It was running out of the woods and stopped just short of the tarmac before turning around. I would not have hit it as I had time to emergency stop. But in this case, stopping may not have been a good idea. Always have a plan.

The bottom line is simply that riding can be hazardous enough with animals, road conditions, and other riders and cars; let's make sure we remain in control of what we can.

Rest in peace Brook. And maybe say a prayer for her husband Jim and her son.

Sad news for sure,

Boog that is just so sad. I feel your pain as we lost a friend on a club group ride back in 2014. The anniversary of that event is just a few weeks from now. I think of Wayne often.

Highlights the dangers of riding in groups, not riding to your own ability, trying to keep up with others. It is a sad day for her family and the one she leaves behind, condolences