Missing Captains - Where Are They Now?

Claviger said:
Nothing feels like an R3, that's a fact, the overwhelming torque is tons of fun! The 87ftlbs of the Z H2 is misleading though. The bike pulls with more perceived torque than a Thunderbird Storm but less than a Rocket 3. It induces the same juvenile ear to ear smiles my rocket does, and you sense every mph of speed, so going 100 on it actually feels fast, unlike on a fully faired sportbike.

Thanks. I'm taking a different route with the Z than I did with Mufasa. I honestly consider it the best all-around road bike ever made in stock form so improvements must be thoughtful. Since it's forced induction and knock limited adding power gets dangerous, quickly.

Kawi cut the price of the Z by cheaping out on some things, like the rear shock, SS exhaust instead of Ti, no steering damper, etc. Some of the fixes are already addressed, Wilbers 640 already ordered, Full Titanium Kawi ZX10R OEM Exhaust ordered, etc. I want to build the Z H2 into what it would have been had Kawi budget department not intervened to bring sticker down, but do so in a way that's indistinguishable from a theoretical limited edition from Kawi themselves.

If I can cut 38lbs wet/fueled to 499lb, I'll be satisfied with weight. After the exhaust swap, I should be at 22lbs from target, well within reach.

The first major mod will be an intercooler and then steering damper at which point I'll see if it needs more ponies, I'm guessing that will be a big fat no.
Click to expand...

Always enjoyed your posts, particularly the suspension info.
Given you've got Mufasa broken down into small parts and you've moved on with another flame how about mailing him to Aus for a holiday ??
I've got some spare space in my shed

Pete said:
Always enjoyed your posts, particularly the suspension info.
Given you've got Mufasa broken down into small parts and you've moved on with another flame how about mailing him to Aus for a holiday ??
I've got some spare space in my shed

Haha thanks. Mufasa has work to do before retirement still. Retirement in this case, meaning cutting power back down to 220hp or so.

Things are developing to fulfill a goal I walked away from a few years ago.

You may just see the bike immortalized in history next year

wjb said:
Is there a way to increase boost with a pulley swap? Are there aftermarket performance tunes available?
Click to expand...

No, but the work is trivial to raise boost, about 1 hour labor, however, it's not necessary to gain power, removing ECU limiters and it bumps it to around 210-220whp on pump gas. Extra boost would raise torque, everywhere though, does sound fun

leatal said:
I would check into thr Brock exhaust folks. Saw a video of their system/tune brought the rear wheel HP to 210+. All with completely stock engine. Pretty impressive!
Click to expand...

He did good work developing that test bike. I don't have any faith in the Z H2 internals over 220whp. IMHO any Z H2 or H2 SX pushing beyond 220 without an intercooler is a matter of when, not if, a ring land shatters.

My H2, named Alice, will not be getting an ECU flash for at least the next 2 years. To be brief, it's not needed, the stock power already requires ECU intervention to cut power during full power in 2nd 3rd and 4th, so harnessing stock power without power cuts will achieve more with less. That's the route I'm going + durability mods like intercooler so I can flog it endlessly without risk.

Claviger said:
Haha thanks. Mufasa has work to do before retirement still. Retirement in this case, meaning cutting power back down to 220hp or so.

Things are developing to fulfill a goal I walked away from a few years ago.

You may just see the bike immortalized in history next year

I was thinking about your attempt at a land speed record the other day when reading what you had been up to and how it was progressing. I for one do miss your posts on this site and wealth ok knowledge when it came to tinkering with the rocket.

Good luck with your attempt.

But mate, I just found you a finishing touch for Mufasa!

The whole 103 cm wide carved Ash timber top backboard with flanking lion profiles came off the cupboard with three screws and there are another 3 screws at rear to remove the carved wood lion head (18 cm wide x 16 cm high) from the board.

Despite quality wood carving It strangely does not match the rest of the carving of fruits and birds and makes the cupboard hard to fit in.

Yours for postage cost only. 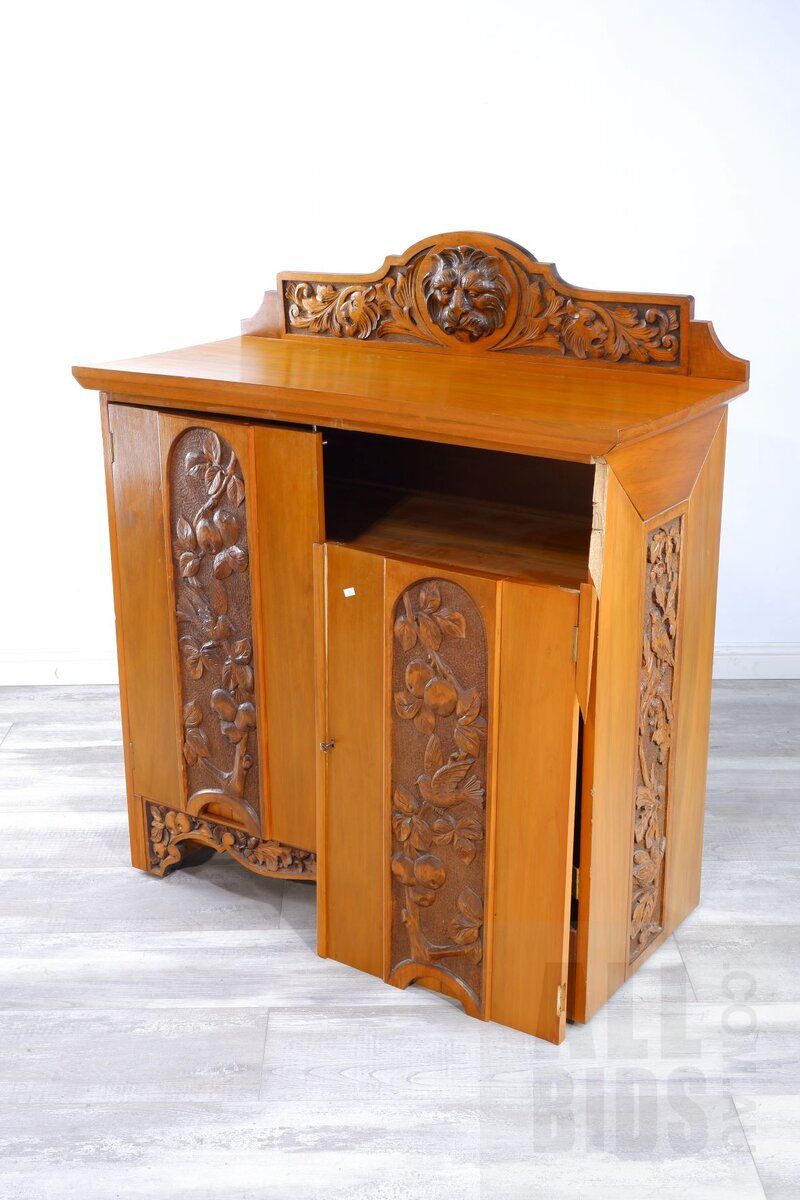 Are Honda, Kawasaki, and Suzuki street bikes in short supply where you live?

Where is our Barbie and what is she worth now?
2 3

Just checking in to see if you kids are behaving!
2