I recently purchased a lot of TAKE OFF items from a 2005 Standard. The Tins came off right away so the accessory ghost flame tins could be installed from new. These parts have not seen daylight for almost 15 years.

Here is the FUEL TANK. It is very nice and has the TRIUMPH logo on both sides. Very good condition and clean inside. Original owner claimed it never had gas in it.

FYI: There is a small paint chip in the middle of the tank just towards the seat near the safety sticker.
It is hard to see it but, you can almost see it in the overhead shot.

I also have the Front Fender and Right Side Cover. They were all removed when new for the ghost flame tins kit.

BTW: The Red Thruxton has been sold. It has a high performance 904CC kit in it. Puts out about 85 RWHP. 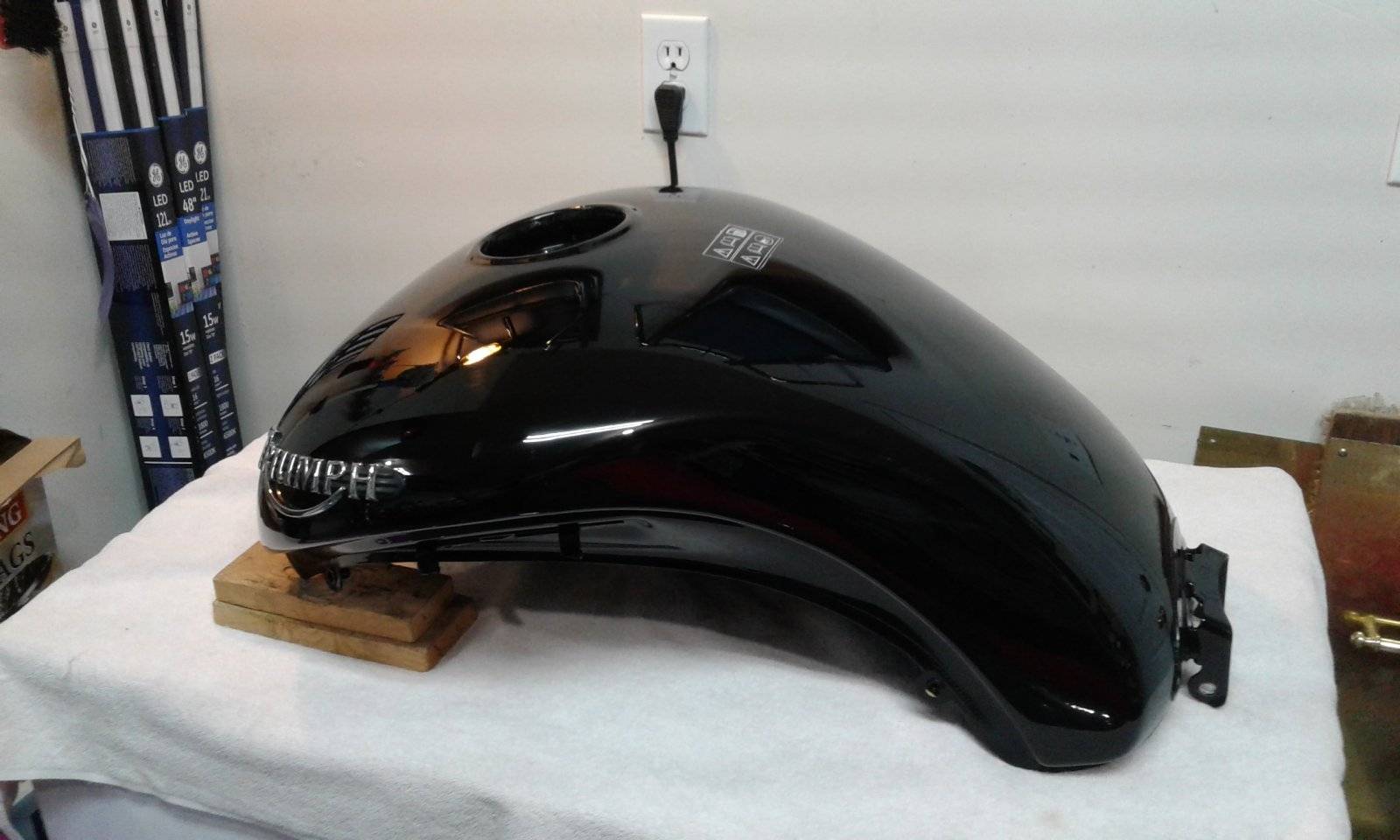 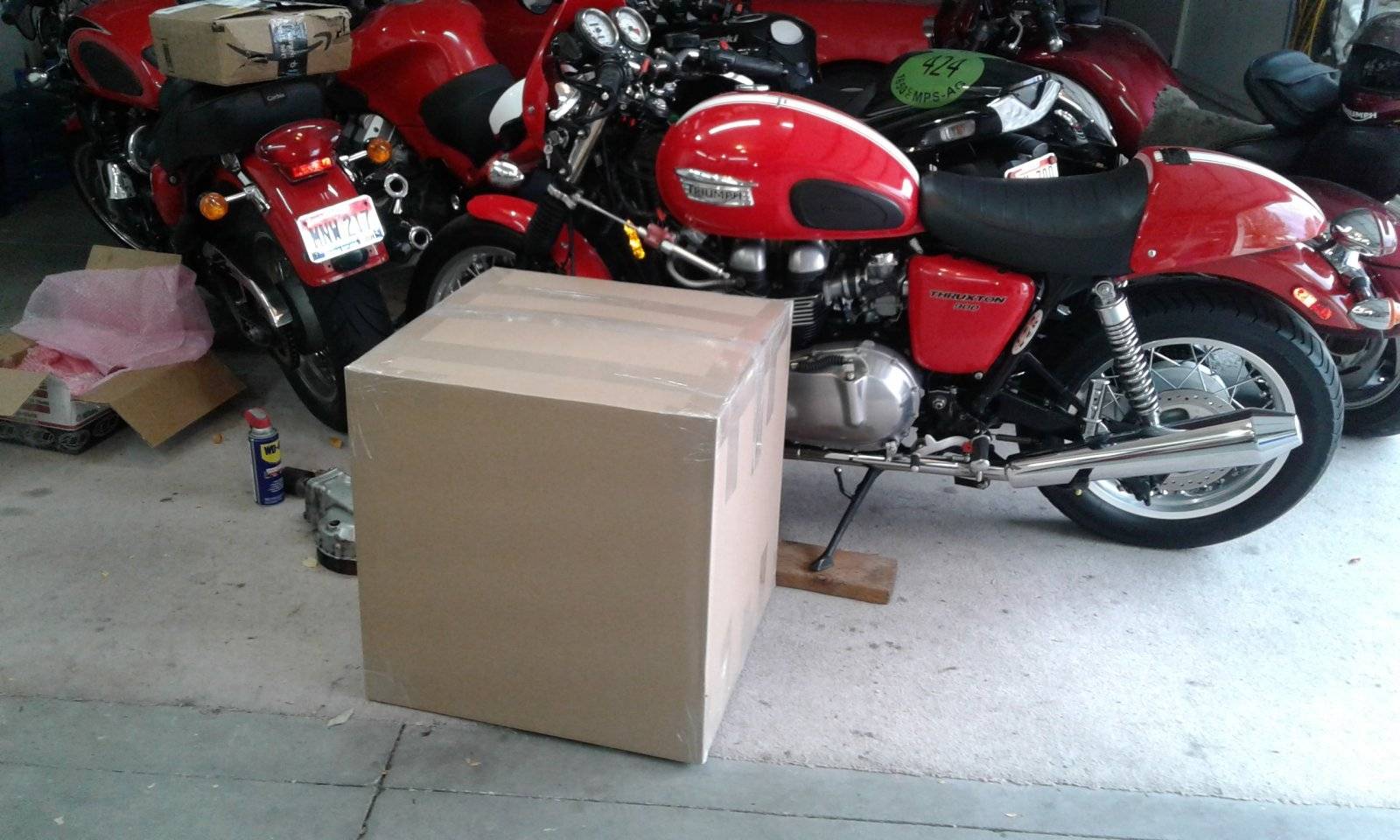 Is it still available?

Bill,
I may be interested in the rear fender.
Pondering on something different for YurMama.

FEDEX to Australia. Prices are so ridiculous they do not even copy and paste
Calculate Shipping Rates | FedEx
24x24x24inch and 15lb est.
Amounts are shown in USD $1820 or JUST $1145 FedEx International Economy®