Finally got into a fight today.
Not my choice that it happened though.
Was just cruising about north Houston, minding my own business this evening just as it was turning dark
noticed an orange late model HD CVO Roadglide at the light about 3 cars ahead.
I told myself nice bike and when the light changed he hammered on it and it took off
like a scalded wilder beast and sounded great to boot.
At the next light, he hammered it again and I was for sure he was knocking the stick off my shoulder
or daring me to step into the circle he'd drawn around himself.
By now, my 2012 Rocket Roadster I bought 2 months ago was growling and starting to get pissed.
At the next light, he was behind a car and when the light changed he nailed it, changed to the empty lane and off he went.
I was just leaving the light and he was about 50-75 feet ahead of me when I launched the Rocket.
By third gear, I was passing him like he was on a Burgman (nothing against Burgman's) and watched his Daymaker headlight get smaller and smaller.
As I Rocketed (pun intended) past him, I think he finally realized what he'd picked a fight with.
Was fun while it lasted !!! 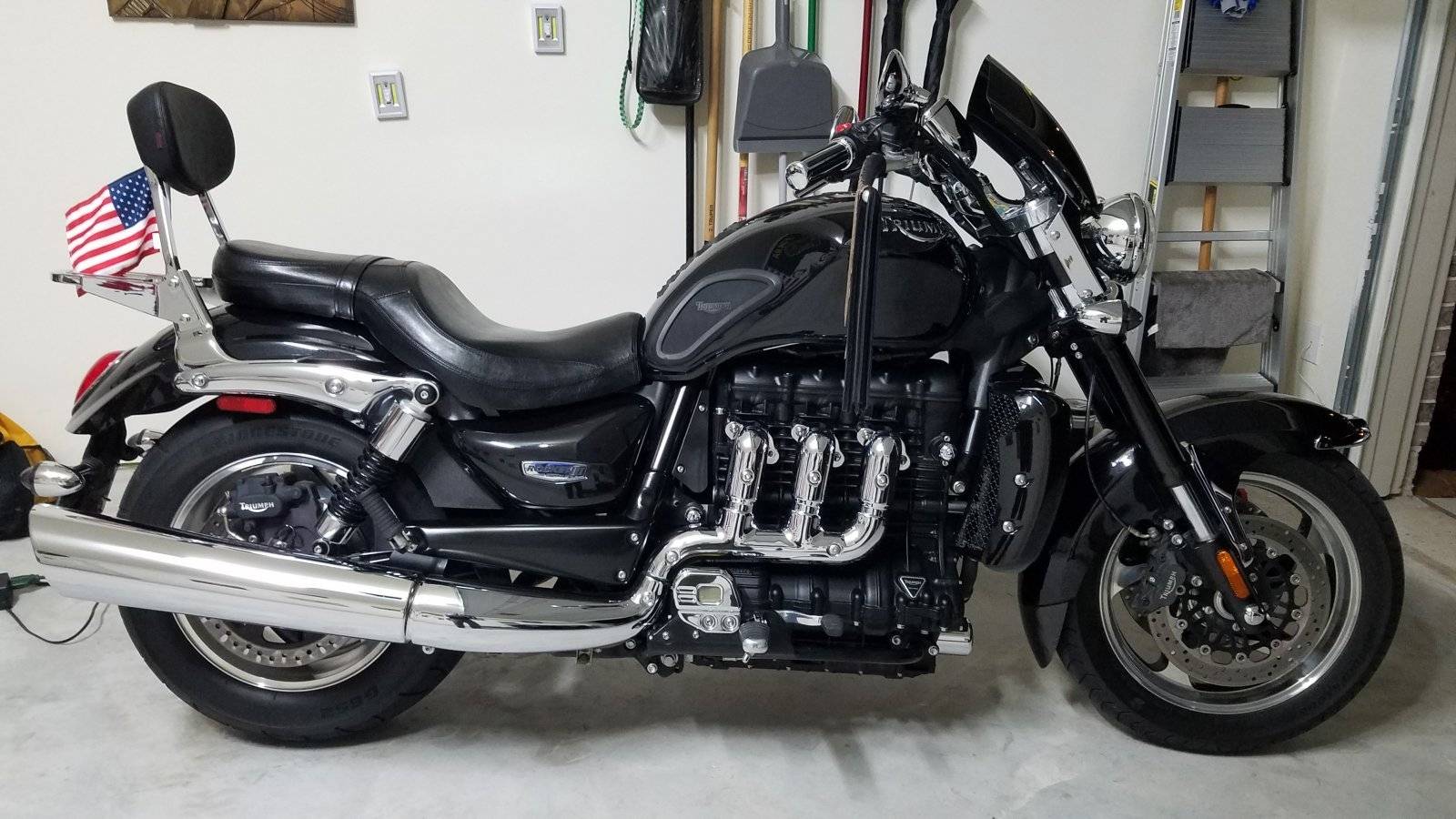 Dang I wanna eat me some Harley too. I’ve had no challengers with the Rocket.

I did get a guy at a light next to me give me a look on his piped up HD while I was on my Indian Chieftain Dark Horse. I thought I hope he does what he’s thinking of trying. Sure enough he launched that thing WAO but I was not caught off guard. I smoked him. I let him pass a bit up the road since I was leading a group and he gave the head nod of nice bike. My bike ain’t stock.

Yeah, didn't want to but had to.

Navigator said:
Those $28,000 80 hp Harleys do sound and look good as a Rocket is blowing by them
Click to expand...

Indeed, Mike.
I love the allegro and crescendo sounds of the potato about to be greased.
Even better is the decrescendo and adagio as the sounds fade into oblivion!

And I must say Darron has a beautiful Roadster. That Harley guy should have been right proud to have been humiliated by such a fine looking machine.

I gave up getting in a contest with the bad boys on their Harleys. Just give them a nod and carry on.

Give me some of that testosterone I'm lacking in it heavily.....

TRIIICK said:
Give me some of that testosterone I'm lacking in it heavily.....
Click to expand...