This should be simple, headlights don't work

So I've had this bike since 2004, have probably had one headlight bulb go bad over the years. Recently I moved and had a 6 hour ride to get to my new garage. Get on the bike to go and suddenly the headlights don't light. Didn't have time to deal with, so ran with fog lights and hoped for the best. Now I've had a chance to look at it, and I still don't have a clue.
First, this is a 2005 RIII with 47K miles. Recently had major service, but have ridden since then and no issues. The position lights on both headlights work. Neither of the headlight bulbs will light. Everything else works normally. The highbeam indicator light comes on as usual during the ignition On sequence, then goes out and stays out regardless of turning high beam off or on. On examination, one of the bulbs looked completely fine, the other looked like it had a burnout of some kind (even though I did get continuity between high / low and common), you could see something burned out on it, little bits of metal magnetized on the filament and some whitening of the filaments. I bought new bulbs and replaced both. I have 12 volts at both connectors on both high and low beam blades. The wiring that I can see inside the headlight bowl looks great. No insulation damage that I can see. Didn't check fuse 10 because everything else is working... ideas? I'm now quite a long way from my old service dealership......

Just change Fuse 10 for a start

I'm happy to try, soon as I figure out where to get one... tomorrow... but if fuse is bad wouldn't all the other circuits on that position be affected and would I be seeing 12 volts at the head light connectors?
[EDIT]
Did pull fuse in position 9, which is a 20A fuse for the upper and lower headlight beams and the starter solenoid. Looks normal... don't know why I said 10 before. It's 9. Anyway, it's obviously not blown, since the bike starts, but it looks good, too, clean in there, no issues... also a correction, the highbeam indicator light does operate normally, it lights during the ignition On sequence, and will light thereafter if I switch on the high beams. So it thinks the headlamps should be on, too.
A couple of years ago, I had an issue with the starter not working at random times. After much fooling around, I found the starter relay was dirty and somewhat dry- I cleaned and put a little dielectric grease in there and the starter problem disappeared. I don't know why this would be a potential cause? but I think I'll pull that again and check it. But it's interesting the starter and headlamps are on the same circuit protection fuse? No, no way that could be it.
Last edited: May 25, 2020

Don't the early bikes have the challenge of running the power for the lights through the ignition switch ?

just because u have 12 volts at lights doe not mean u have u have the amps needed.
I had trouble with the ground side on the light connector and it was really weird on operation.
I would put meter on light then ground neg side (earth)
Does the lights work? what volts does thhe metero show when grounded?

Joesmoe said:
Don't the early bikes have the challenge of running the power for the lights through the ignition switch ?
Click to expand... 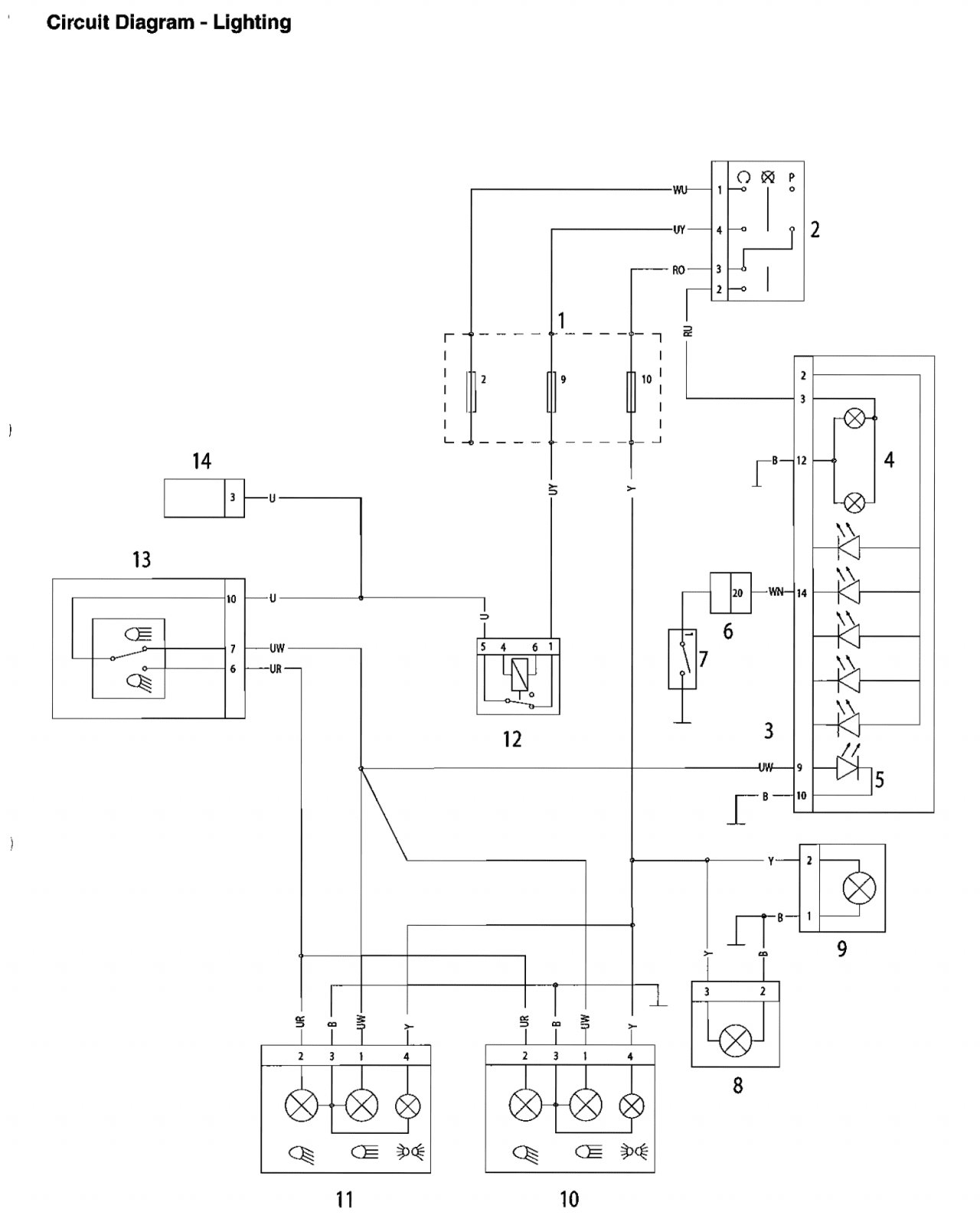 TURBO200R4 said:
just because u have 12 volts at lights doe not mean u have u have the amps needed.
I had trouble with the ground side on the light connector and it was really weird on operation.
I would put meter on light then ground neg side (earth)
Does the lights work? what volts does thhe metero show when grounded?
Click to expand...

Yea, my diagnostic skills are pretty limited--- to put it mildly! The bulbs do not light. I only checked for voltage on the connector blades, not plugged into bulb, no load.

. The current is going through the ignition switch and through the headlight dimmer switch to the headlight connectors at this time you may need a professional if you want to continue you can check voltage and find the high beams and low beams there's one remaining is the ground circuit you can take a wire put a fuse in it 20 amp and ground the ground on the connector to the battery lights should work if you have a ground problem if lights work then you need to clean grounds maybe try to clean and tightened grounds at the battery and clean positive at the battery make sure cables are snug

I am just throwing this out there but when a halogen bulb blows I have seen it cause havoc in places you wouldn't think. I would check ALL fuses just to make sure it did not cause a surge elsewhere.
Similar threads