So There I Was

Minding my own business. I had run up to Ace to get a 5/8 drill bit. When I walked out there sat a 1972 Honda CT70 Trail. As I was admiring it an older gentleman with a full beard walked towards Ema and I.

Is this your? I asked.
Yes sir he said and then gave me a tour of all he had done to it. He actually had a Honda 125 engine in it.

He says to me, "so you are a motorcycle guy?"

I told him I had a couple Triumphs in the garage and did a little wrenching.

Told him I had been looking for a project bike, but everything is a barn find now and prices are stupid.

He questioned me a little bit then asked me if I would come over to his place and look at an old Triumph he had.

We followed him to his place. He unlocked the front door, and setting in his living room is a 1965 Bonneville. I have done a little research on the block number. It is a UK bike not a made for US market.

The story goes his brother bought it new in 1965 in India. Brought it back to the states. Needed some money so his dad took the bike as collateral. Brother never paid him back. Brother passed then father passed and he ended up with it. He has a whole book of history on the bike.

There are some mods.

His brother installed 650 scrambler pipes on it.
At some point someone put a TR6 head and single carb on it.
It has been painted a number of times.

He has the original gauges and other stuff in another box.

He is at a point he wants it to find a home with someone that will appreciate it for what it is and fix it up, and in his words, "not chop her up"

If the bank were open I would have it in the garage right now.
Wife loves it. 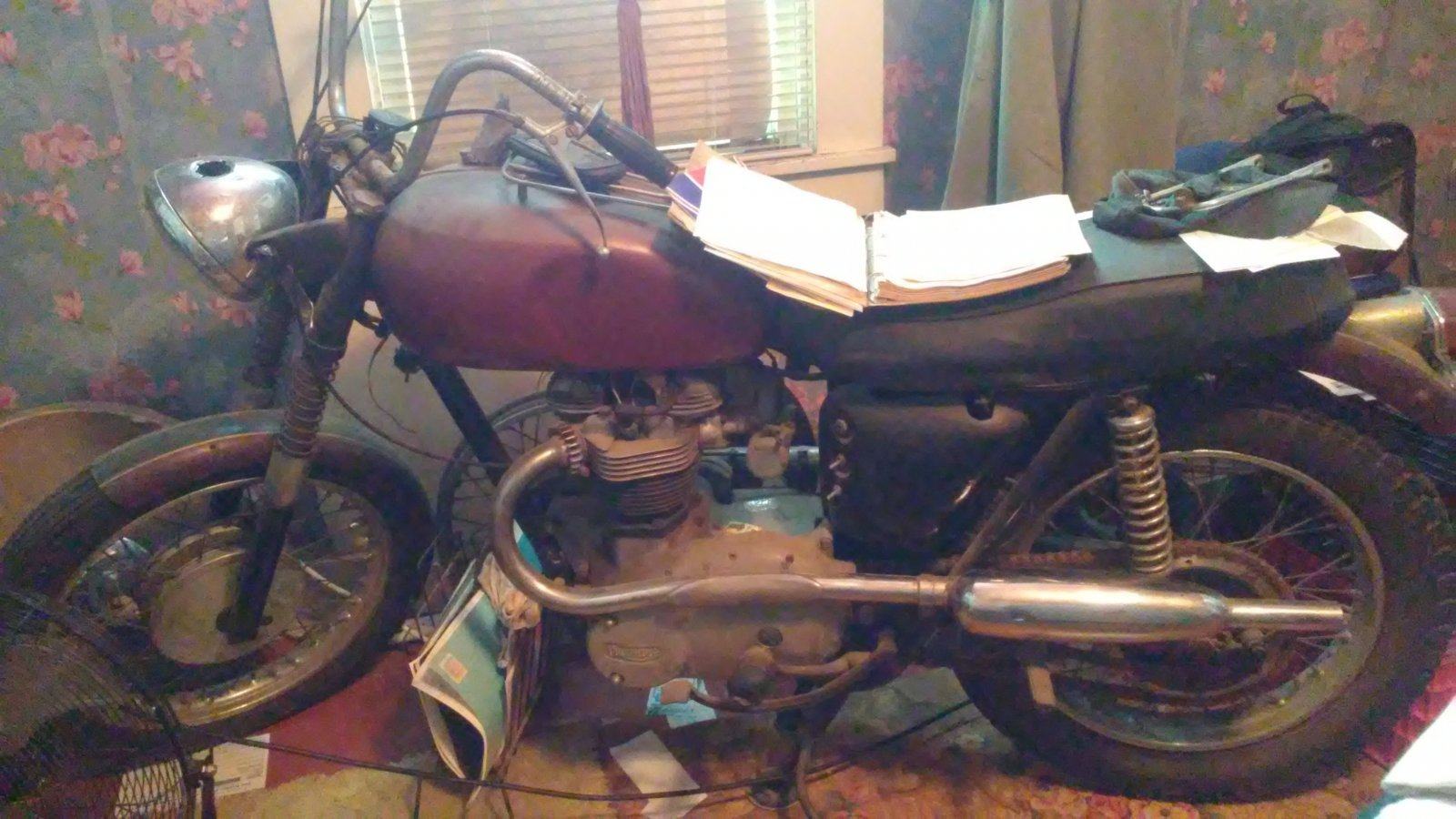 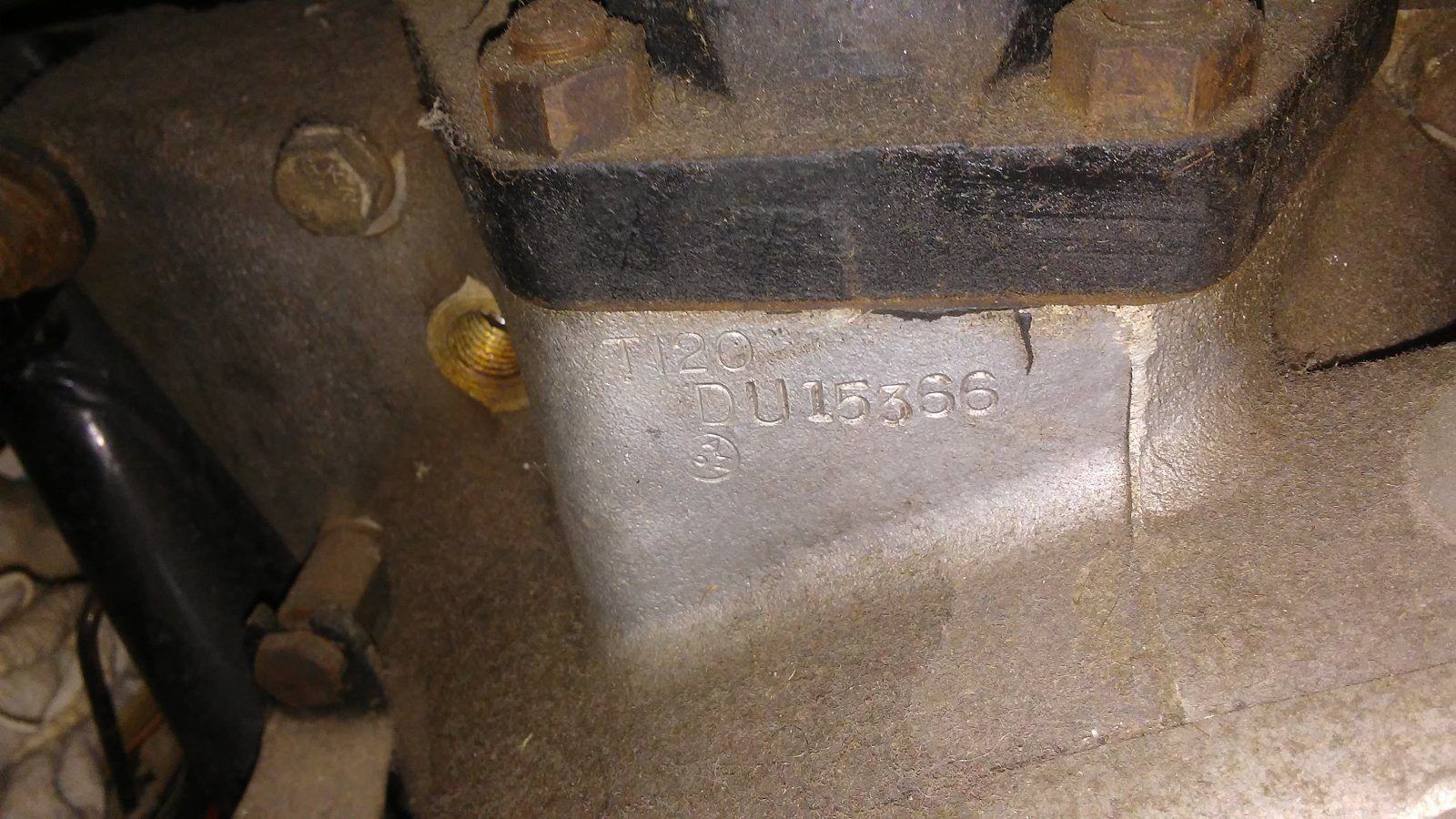 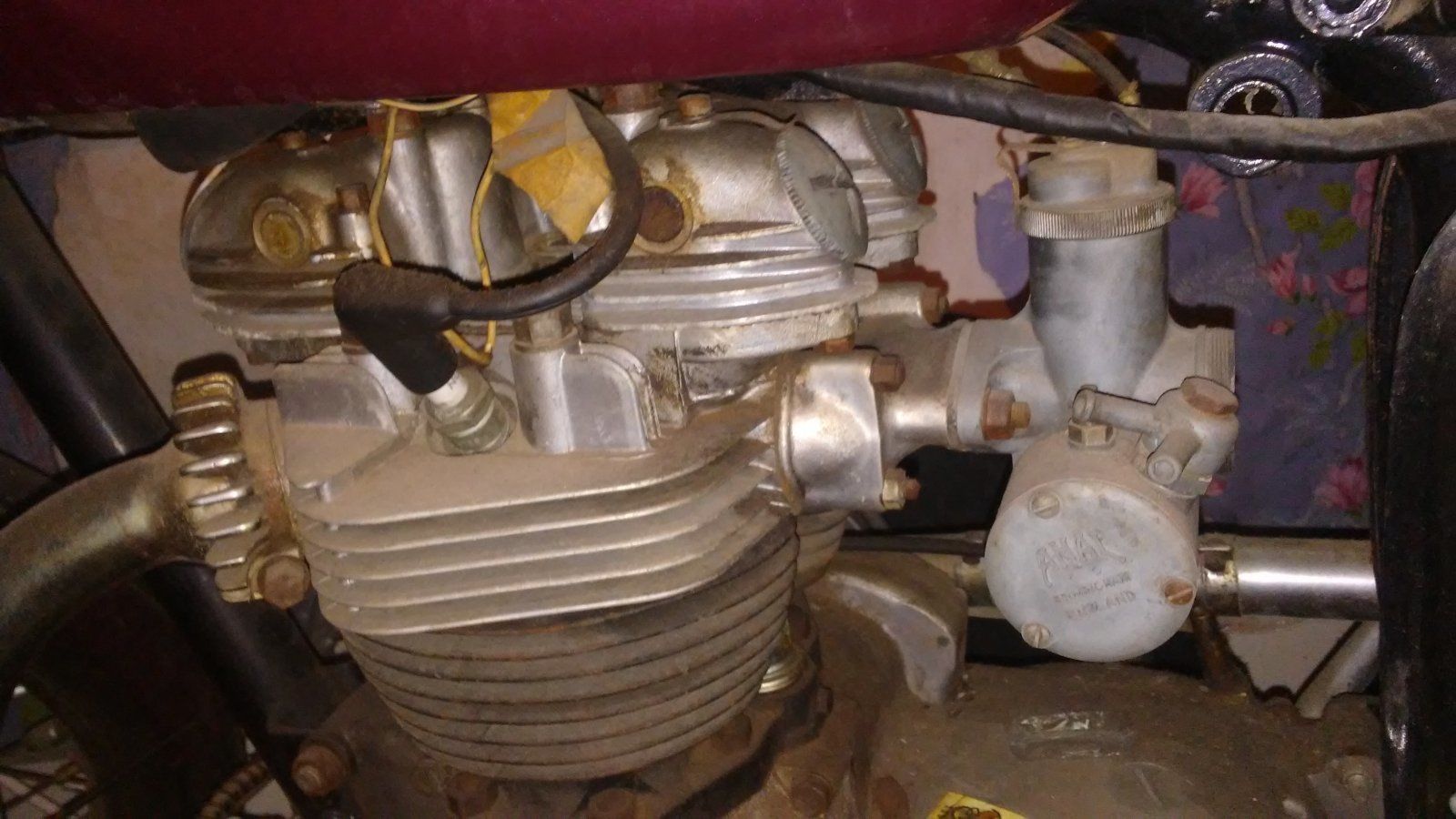 Built for the UK market -all you will have to do is swap the handlebars out.

...and then there are those days when you land with your arse in the butter....right place right time

scot in exile said:
Built for the UK market -all you will have to do is swap the handlebars out.
Click to expand...

And the gas tanks were also different for the US market? I believe?

Love it!! U.S. tanks are about a gallon smaller. Go for it.

Owner of Goliath, the giant motorcycle

Wow, the story and provenance alone are worth a lot.

scot in exile said:
Built for the UK market -all you will have to do is swap the handlebars out.
Click to expand...

The electrical system is a train wreck.
Engine not turning over.

This seems to be the only color they came in that year.

I hope my wife doesn't ask what it will cost to bring her back before she is in the garage.

I look forward to seeing what you do to it. It seems like your mind is made up.

Thats a great story...meant to be brutha!!...wish you well with it.
If you go for it, maybe keep the old fella in the loop with it...it would be a great thing for him i'm sure. 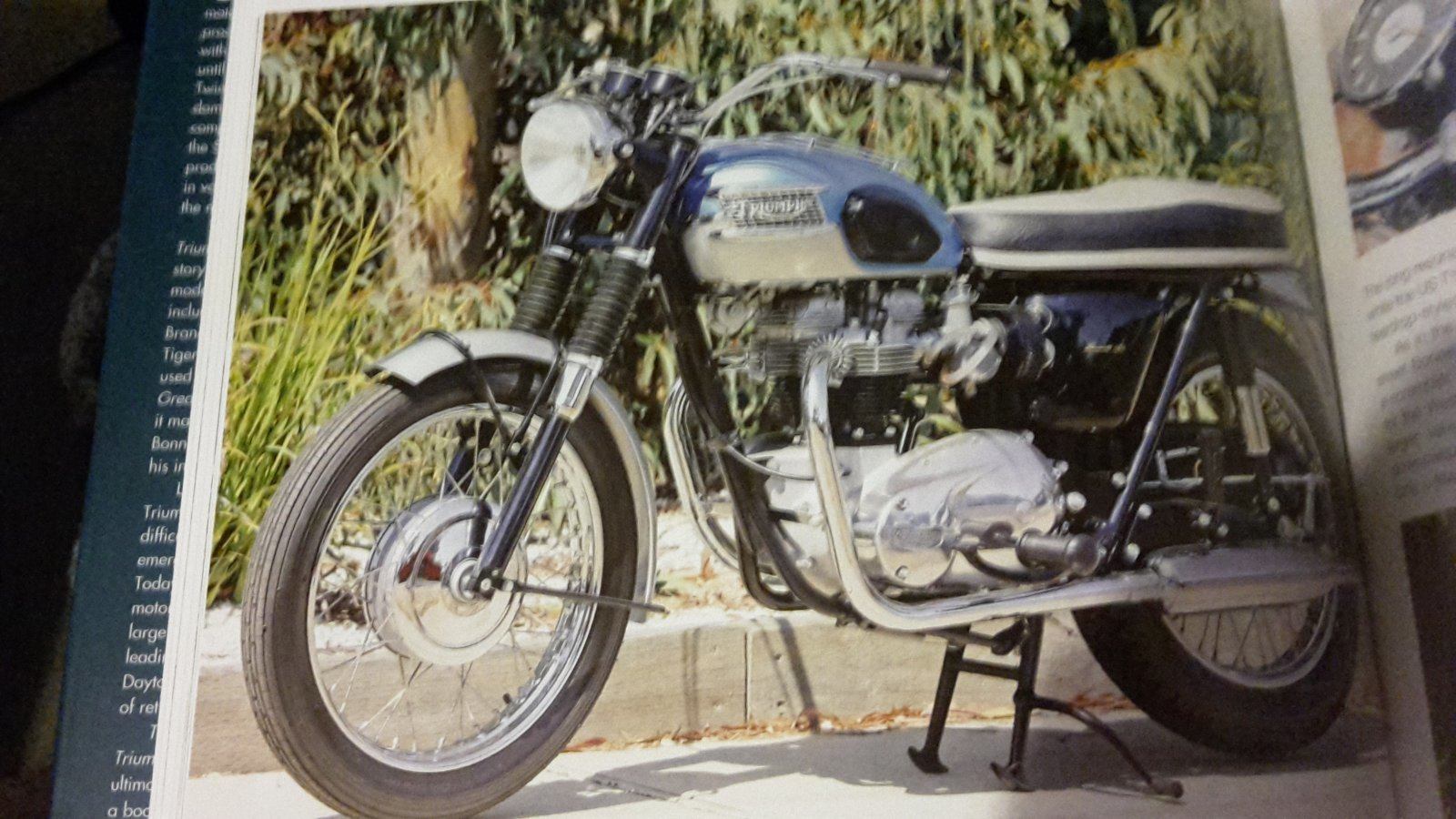 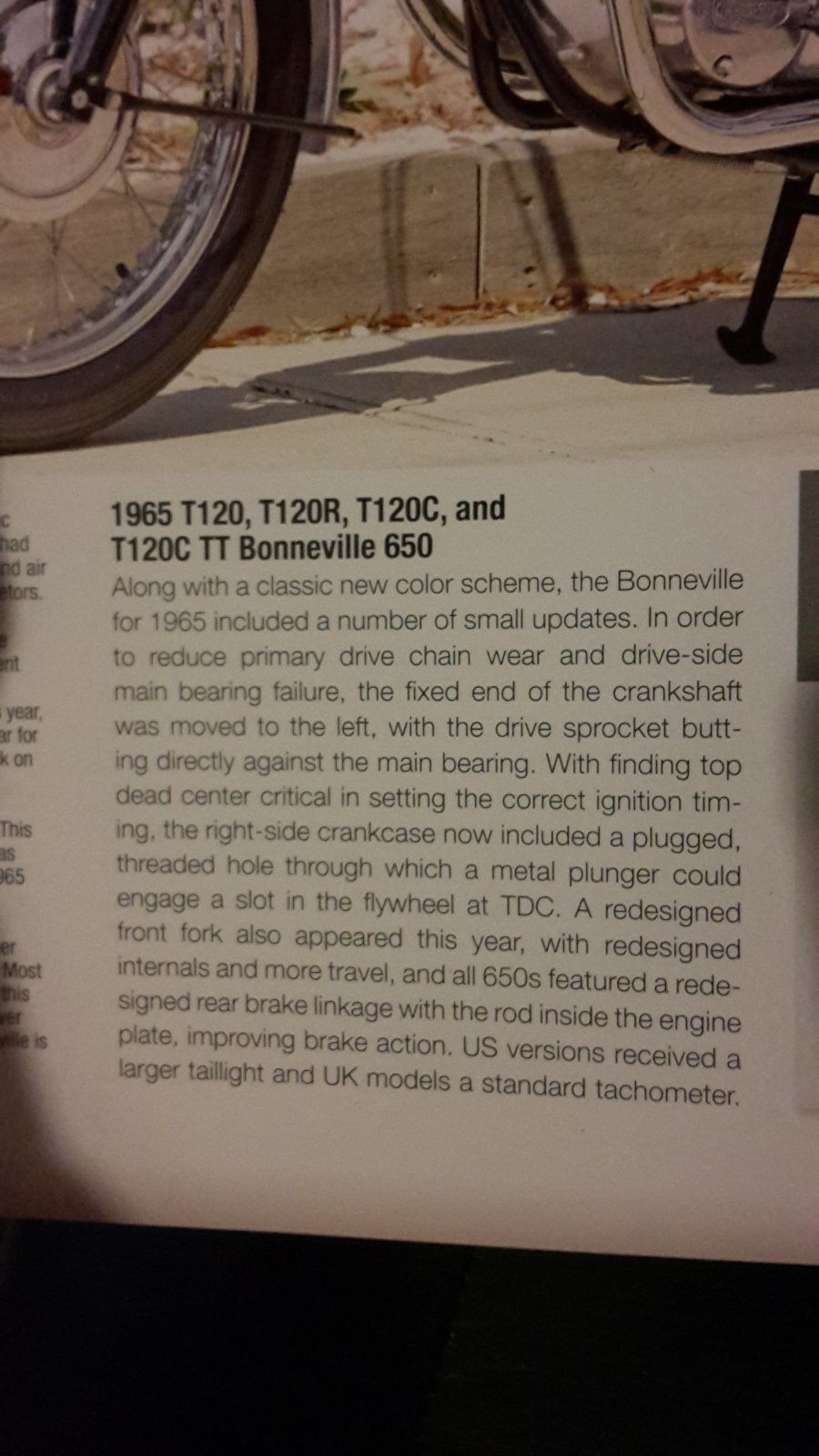 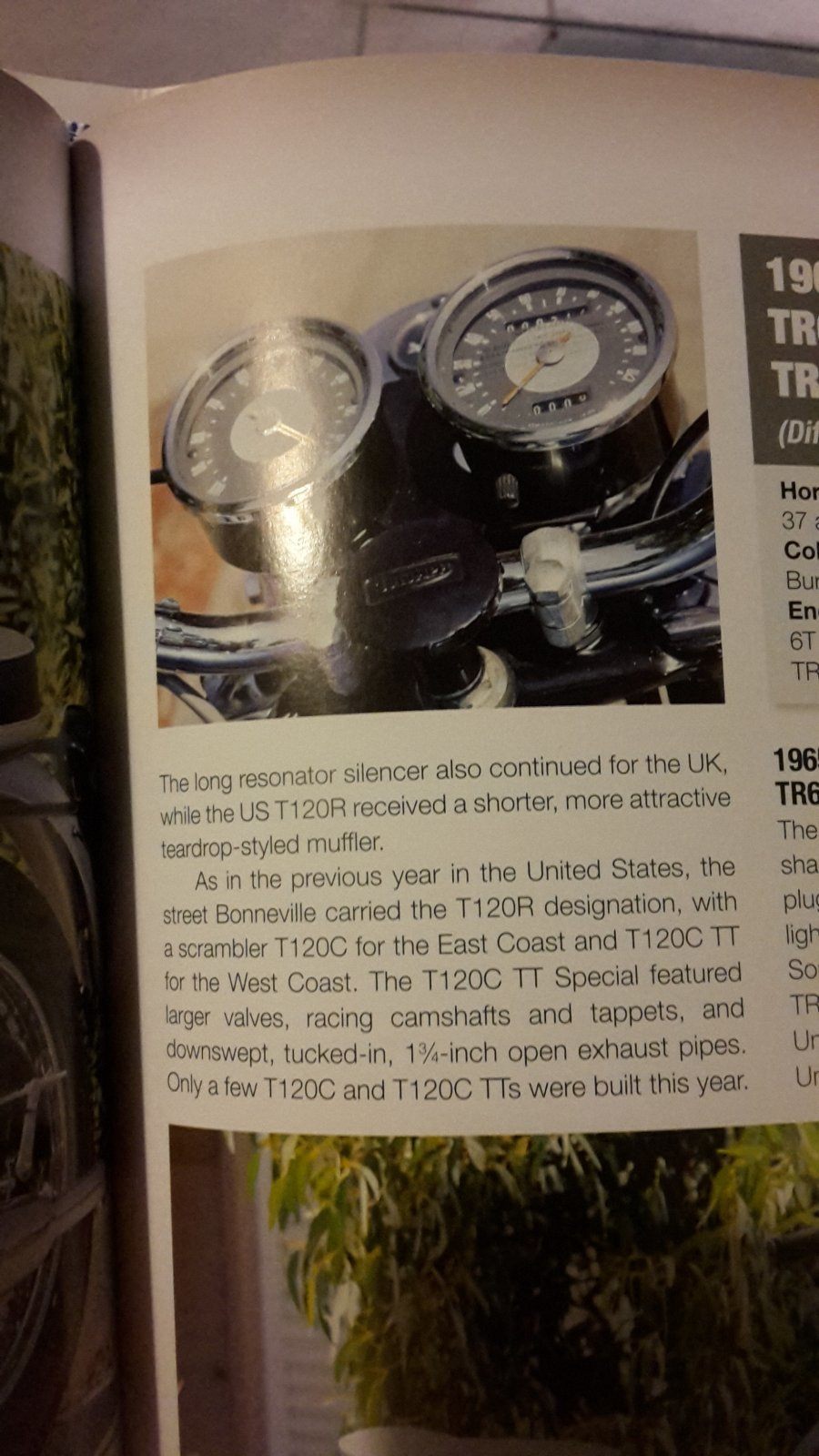 You may have to get a headlight which dips to the RHS for USA ? Should be easy. Cool.

Son-In-Law gets a Trumpy

Been a while since I checked in! How's everyone doing?