Since my October knee replacement surgery I've gotten out on 3-4 rides on my BMW and sidecar rig but delayed riding my Touring until I felt that the knee was strong enough to deal with any big bike issues, such as an unexpected pressure from parking lot lean over etc.

Yesterday I decided it was time with the first challenge being to get it out of the Condor shock in my shop, no easy endeavor. I finally was able to back it out, turn the bike around in the shop and head down the road. All went well and it was a great ride but at a stop I got that scent of coolant that I've smelled SINCE I TOOK IT TO THE SEATTLE TRIUMPH DEALERSHIP, to get all of the fluids changed. 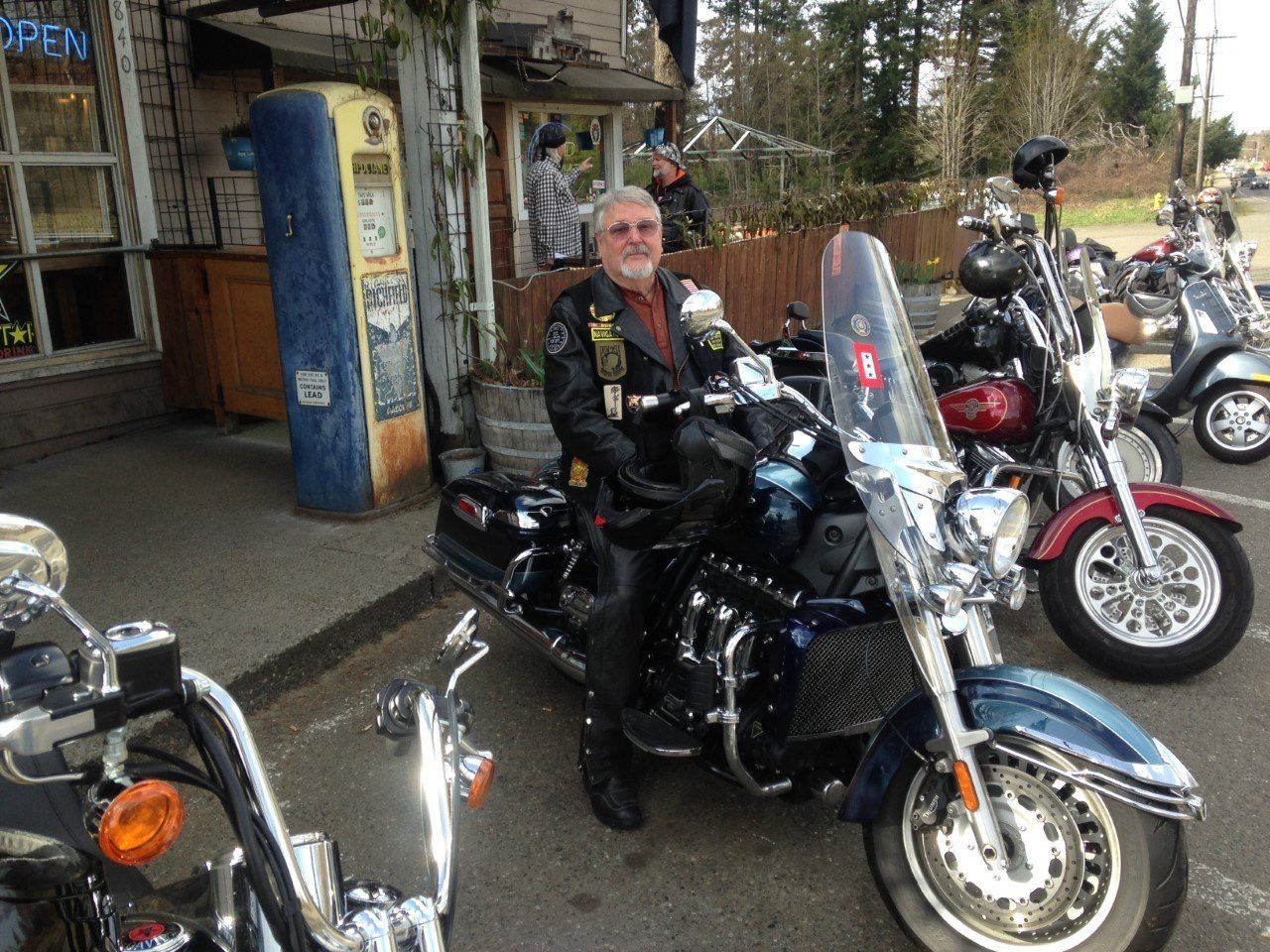 I stopped by a local tavern to have a beer at the end of a ride and when I dismounted, saw the dried coolant on the front and left side of the engine. Really? I posted previously that the dealership sent me on my way with an empty fuel tank, although I had 1/4 tank when I rode it in, and a bulged hose. I hadn't noticed the latter until I got home. That's when I ordered the blue silicon rad hoses from UK. The leak is not at the bulge hose but somewhere else. Cap is tight. A Harley rider friend got down on the pavement to try to find the leak but could not. Pete has a wooden left leg so it was a chore for him to do this.

It's frustrating because I'm not yet ready to get down on the shop floor to change the hoses. Actually, getting down is doable but getting up is tough and kneeling out of the question. I'm not even sure how to drain the radiator but it probably will be a proper mess. Is there a drain plug like on an car radiator? I had all of the services on my 07 Classic at the Tacoma dealership, one that has unfortunately closed, so have never done a coolant change.

I'll break out the shop manual today to read up on how to get the job done but I won't be riding the Rocket again for probably another couple of months until I can change the hoses.