First, let me say that I don't really think it matters what COP you use... they take a charge, then discharge it at the pulse.. nothing magic about it and our R3 uses normal plugs so again, nothing magic...

I found another member who did this and he said he used early generation Yamaha YZF R1 coils, so I did the same. Turns out that is 2002-2003, easily found on E-bay. You'll need two sets because the R1 only has one plug per cylinder and you'll need 6.

When you get them, unwind the wires and cut off the leads from the plugs at about 3-4".. that's all you need.. less, actually... then you have to splice them together so you have two plugs connected to one pair of wires. I used a black/red wire pair off a roll I have and would highly recommend you do something similar because polarity is important and difficult to track.

The plugs have two wires, one is red, and the other is some other color (may be black or may not). Tie the similar colors together, red with red, and connect to a butt-splice to the RED wire on your double wire (see photo).. connect the other color wires to the butt splice and to the black wire on your double wire. I goto Home Depot and get the heat-shrink butt-splices.. you'll need one size larger than the wires you're using because you're pairing them on one end.. then shrink!

You'll end up with two plugs connected to one pair of wires (one red, one black).

Here's where things get tricky. The wire colors going to the coil on the R3 loom are not red-black.. however, one lead of the two going to each coil is a hot lead. Turn your ignition on and put a volt-meter on the leads. One of them will read 12 volts... that one charges the coil, the other is a pulse-trigger and tells the coil when to release the charge to the plug.... the hot lead, the 12 volt one, is connected to the RED wire on your new plugs... the black wire to the other.

Next, make sure you get the right coil leads connected to the right pair.

On the R1, the COP has you take off the plug tip, different from the stock cap... it's actually a better connection I think... however, the R1 coil does not fit snuggly into the hole in the valve cover.. it's a bit loose, so I need to figure out how to wrap something around it to snug it up.. so far, it's just fine, but if you're a perfectionist, you won't like it. As I said earlier, I don't think it really matters which ones you use, so there's likely a better fit one out there.. but I have what I have and now it's working for at least two of us (as non-scientific as this is....).

Does it make the bike run better? I have no way of knowing. I really doubt it. Though, the crappy female blade connectors that hooked to the coils were so bad, that they would come off at the slightest touch.. I tried crimping them, and only ended up breaking the little plastic elbow thingey.... more crumminess... so, I like my new blades, but that has nothing to do with switching to COPs, it's just a collateral benefit.

I'll post a pic of under the tank when I get a chance.... 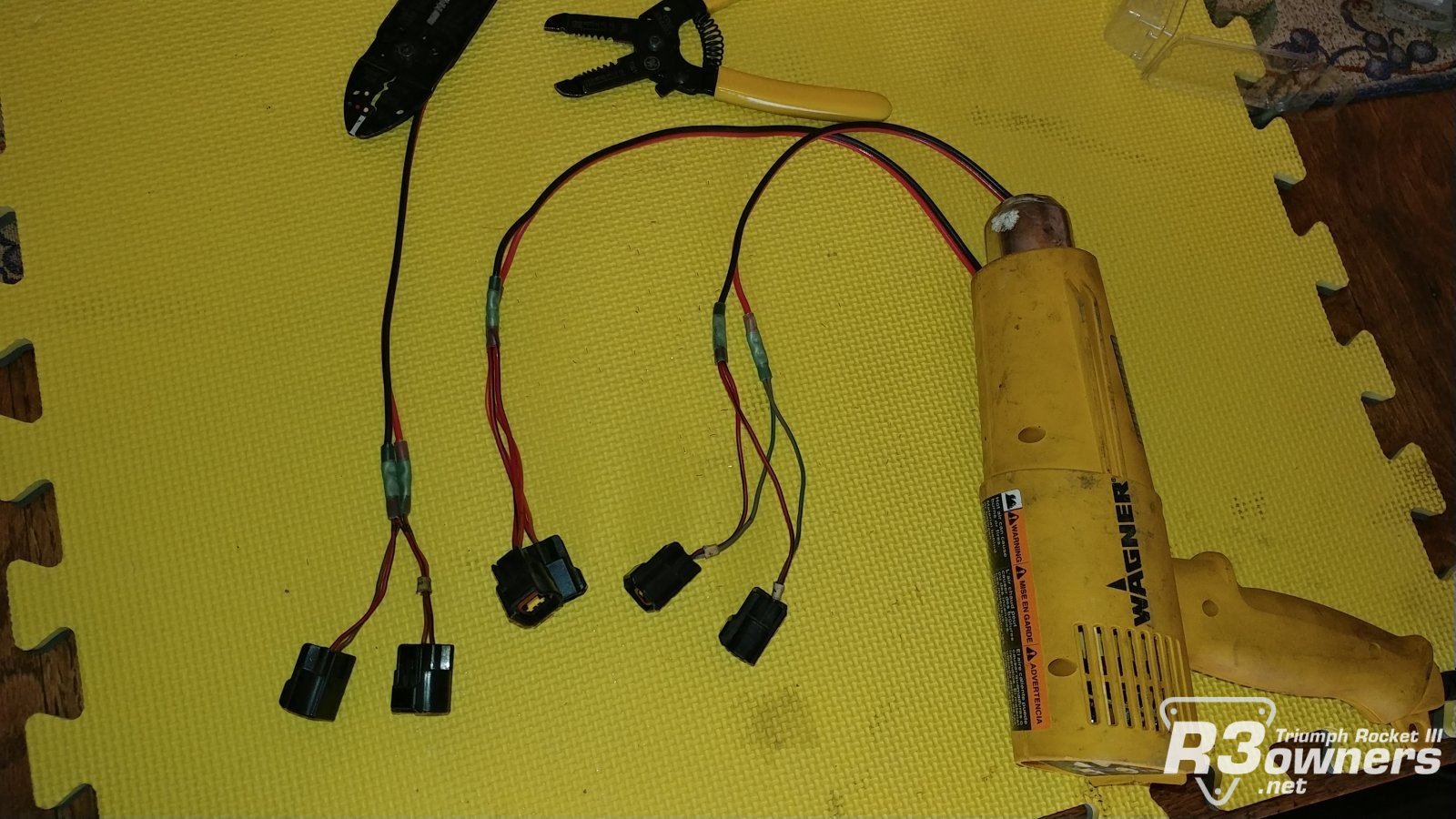 Thanks for the write up.

Fantastic mod, getting rid of all that crap floating around under the tank is great.

May follow you down this road at some point, if I ever have a coil or wire fail on me.

Claviger said:
Fantastic mod, getting rid of all that crap floating around under the tank is great.

May follow you down this road at some point, if I ever have a coil or wire fail on me.
Click to expand...

Wonder if any of the Triumph cop’s would fit the cam cover better?

The sprint and speed tripple 1050 motors use coil over also.

warp9.9 said:
The sprint and speed tripple 1050 motors use coil over also.
Click to expand...

So would these slide straight into the Rocket, bar the wiring I would imagine, but the fitment to the Cam Cover ?

Good taste, all rounder too.

This is something to watch out for. The impedance/resistance of the stick coil should be very similar or it may overload the input circuit. There has been some BAD advice from a supposedly sound source, regarding coil mods around the place. One of my customers turned up here with some "trick" coils which were significantly WORSE than stock. Waste of money and also a long trip to the dyno. We have done this mod on TTS equipped bikes because it clears away the coils from the inlet pipe. Also did that mod on @mitzy 250hp bike, just because we could. And a few others. It gets rid of the stupid 1950's style coil primary terminals as well. I think I tried a 1050 coil and it was too short, but that may be my memory....

For Sale Nuts for coils
2 3